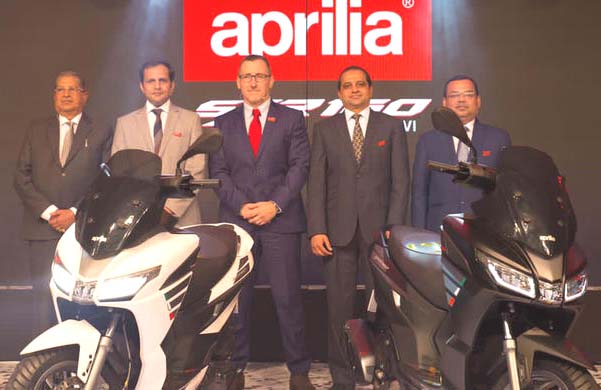 Piaggio Group, which has been present in Nepal with Vespa since 2015, has broadened its product range in the country by launching Aprilia.

The first scooter of Noale manufacturer to be sold in Nepal is Aprilia SXR 160, which has already become a benchmark in premium two-wheeler segment in India, according to a press release.

“After the great success achieved in India in just a few months since its debut, we are delighted to launch the long-awaited Aprilia SXR 160 premium scooter on the Nepalese market,” said Mr Diego Graffi, CEO of Piaggio India.