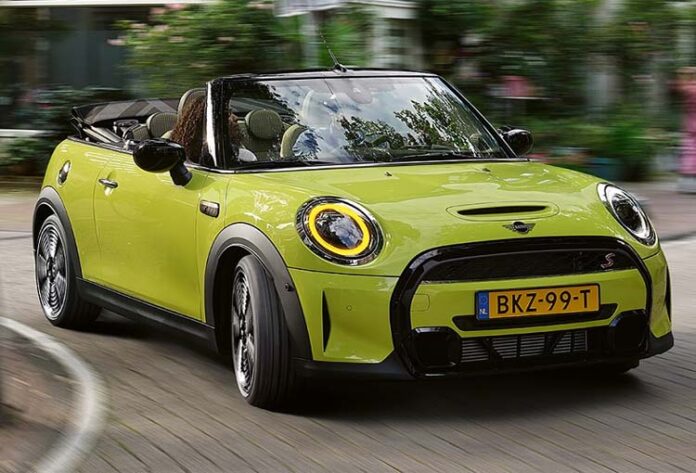 The new MINI range will be available in petrol engines as completely built-up units (CBUs), said a press release.

Mr. Vikram Pawah, President, BMW Group India, said, “We are delighted to offer our customers in India a completely new range of MINI products with the launch of the new MINI Countryman in March and now the all-new MINI 3-Door Hatch, all-new MINI Convertible and the all-new MINI John Cooper Works Hatch. This significantly strengthens the exceptional position of MINI within the premium small car segment in India.”

The all-new MINI range enters the next stage of evolution with an intensive makeover, an enhanced standard profile and a simplified offer structure, said the release. They embody MINI’s love for fun-filled driving as well as passion for agile handling along with a modern design.

According to the release, MINI 3-Door Hatch and MINI Convertible now look better than ever with their simplified and modernised design. This new exterior design language now puts MINI’s unmistakable appearance in a purist form with enhanced aesthetics.

The MINI John Cooper Works models, said the release, are built to thrill. They feature a new hexagonal radiator grille at the centre section and have a characteristic honeycomb pattern with a cross member at the bottom edge finished in red.

The renewed range of 17-inch (43.66 cm) light-alloy wheels are available as standard for all-new MINI 3-Door Hatch and MINI Convertible.

The new multifunction steering wheel design integrates more functions yet reduces the number of control surfaces. The premium look of the hallmark central instrument has also been optimised.

The MINI Excitement Pack features LED interior and ambient lighting that illuminates the cockpit with a choice of selectable colours as well as a projection of the MINI logo from the exterior mirror on the driver’s side when opening and closing the car door. Additionally, the new ‘Lounge’ and ‘Sport’ modes offer a choice of six interior light colours each.

When it comes to power, the MINI 3-Door Hatch and MINI Convertible make no compromises and are powered by the latest MINI TwinPower Turbo Technology offering outstanding performance and fuel efficiency.