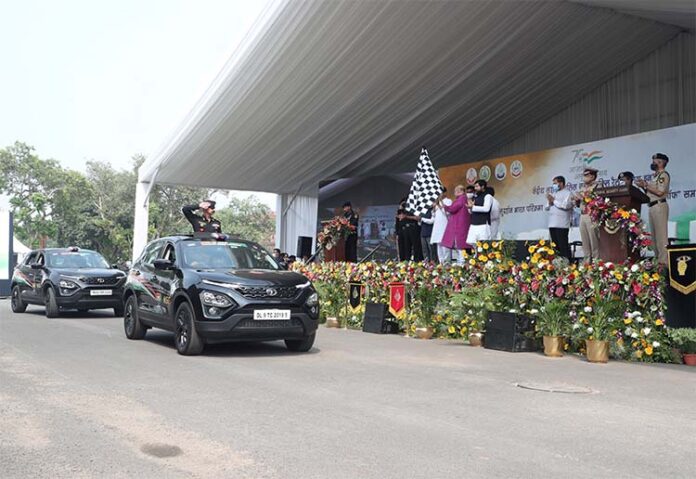 Celebrating ‘Azadi Ka Amrit Mahotsav’ that commemorates the 75th anniversary of Independence, an elite group of 47 NSG commandos started a ‘Sudarshan Bharat Parikrama’ to cover the length and breadth of the country, on October 2, the Gandhi Jayanti Day.

Tata #Dark Harrier, the rugged SUV from Tata Motors, resonates with the edgy persona of the Black Cat commandos and is the NSG’s vehicle of choice in this expedition, said a press release.

The rally, flagged off by the Union Minister of Home Affairs, Mr Amit Shah, will be driven in 15 Harriers traversing through 18 cities and covering a distance of 7,500 km in less than a month.

Skoda comes up with matte edition of...

Skoda Auto has introduced a new matte edition of Rapid in the country. It will be available in an exclusive carbon steel matte colour...
Read more
Events

The Union Minister of Road Transport and Highways, Mr Nitin Gadkari, has said that in order to reduce pollution levels in the country, the...
Read more
Events

PumPumPum secures fresh round of funding

Electric two-wheeler manufacturer Okinawa Autotech is set to go 100 per cent localised by the end of this fiscal year. According to a press release,...
Read more
- Advertisment -