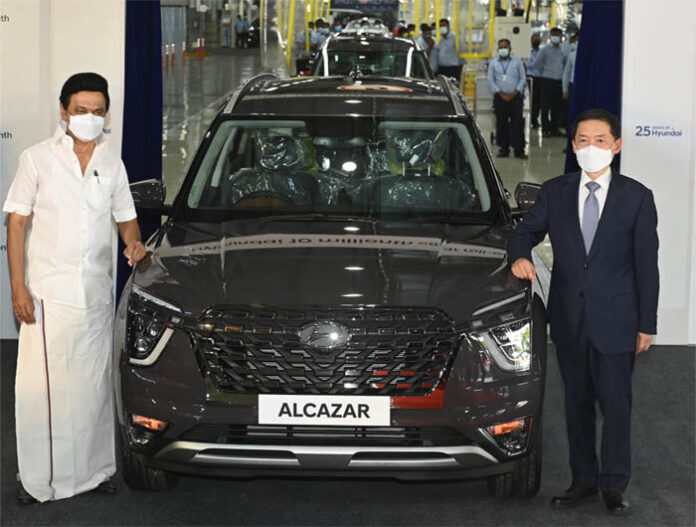 Hyundai Motor India has achieved a milestone of rolling out the fastest 10 million cars from its manufacturing facility near Chennai.

Alcazar became the 10-millionth car to roll out of the production line at HMIL’s plant in Sriperumbudur. Tamil Nadu Chief Minister, Mr. MK Stalin signed on the car bonnet to mark the occasion.

Commenting on the occasion, Mr. SS Kim, MD & CEO, Hyundai Motor India Ltd., said, “This historic milestone of the 10 millionth car rollout is a testimony of Hyundai’s commitment towards ‘Make in India’ initiative. Furthermore, it also showcases our vision of boosting the socio-economic development in the state of Tamil Nadu and making the country more self-reliant.”

Mr. Stalin announced the social value initiatives and handed over the project certificates to beneficiaries.