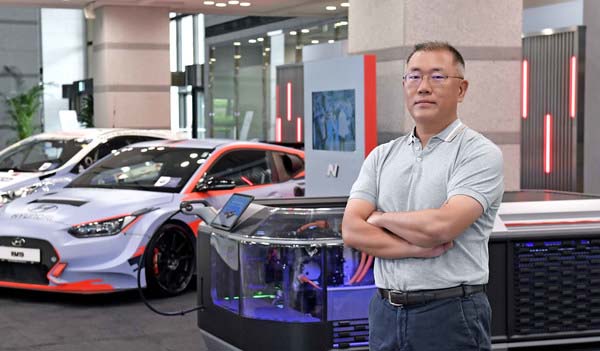 Named in honor of legendary car designer Sir Alec Issigonis, the trophy is Autocar’s highest accolade. Each year it is presented to a stand-out individual within the global automotive industry, whom Autocar judges deem to have delivered an exceptional level of success.

In recognizing the visionary leadership of Chairman Chung on the presentation of the Issigonis Award, Autocar editor-in-chief Steve Cropley said: “In the last decade the Hyundai Motor Group has grown into one of the world’s leading car firms, and Chairman Euisun Chung has been key to that transformation. We’re proud to award him this year’s Issigonis Trophy to recognise his achievements.”

On receiving the Issigonis Trophy, Chairman Chung commented: “It’s a true honour to receive this prestigious award today from Autocar and I must thank all my colleagues for their contribution in securing this accolade.”