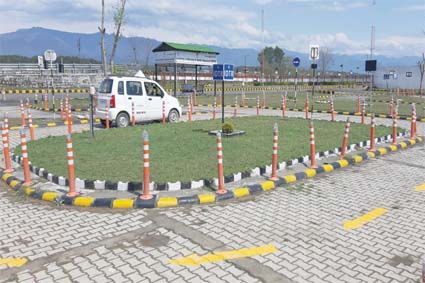 The technology – HAMS (Harnessing Automobile for Safety) – has been deployed at Automated Driving Test Centre (ADTC), Dehradun, in association with the Transport Department, Government of Uttarakhand. It is being developed and tested jointly by Maruti Suzuki-promoted Institute of Driving and Traffic Research (IDTR) and Microsoft Research India.

The carmaker has partnered with state governments to set up state-of-the-art ADTCs. These centres are equipped with advanced video analytic technology to check driving skills of the applicants and replace manual assessment of candidates.

Deployment of HAMS at ADTC Dehradun has brought encouraging changes in the testing process, said a press release. It takes only 10 minutes to complete the test and generate the report. The average pass rate now stands at 54 per cent as compared to over 90 pc in the earlier manual testing mode. The feedback from the candidates, including those who fail the test, has been positive, added the release.

Explaining the benefits to citizens, Mr Shailesh Bagauli, Secretary, Department of Transport, Government of Uttarakhand, said, “The Government of Uttarakhand is very proud to start this state-of-the-art initiative, where we are using mobile phone-based technology to conduct driver testing. We are delighted to partner with Microsoft and IDTR in this initiative. I am sure we will be able to deliver services in a transparent manner to our citizens.”

Highlighting the benefits of HAMS technology, Mr Sriram Rajamani, Managing Director, Microsoft Research India, said: “Positively impacting society by combining technology and human ingenuity has been a core objective for us, and the HAMS project is a great example of this. We use technology to help drivers drive safely. It is inspiring that Maruti Suzuki India and the Department of Transport, Government of Uttarakhand see the potential to save lives using HAMS technology and are piloting this technology to help make Indian roads safer.”

During the testing process, the applicant’s car is fastened with a HAMS-enabled smartphone that monitors the driver as well as the road in-front. It employs advanced artificial intelligence models for efficient and robust operations. For driving tests, HAMS has been customised to include capabilities such as precise tracking of the vehicle’s trajectory during designated test maneuvers.