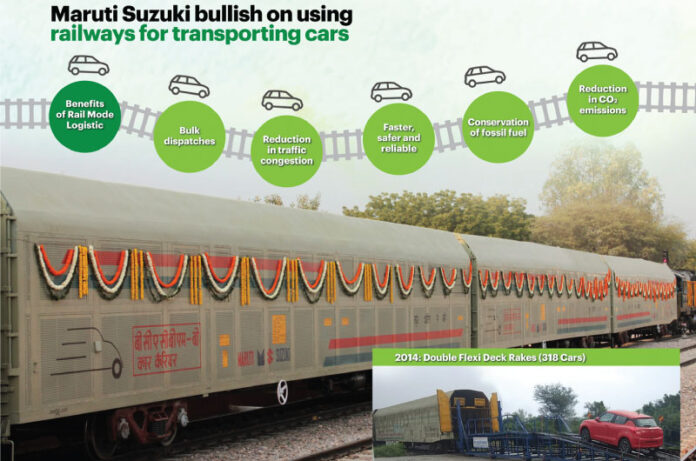 Maruti Suzuki India Limited has transported over 6,70,000 cars through the Indian Railways in the past six years, witnessing a CAGR of over 18 per cent.

The increased focus on using Railways has helped the company offset nearly 3,000 MT of CO2 emissions. In addition, over 100 million litres of precious fossil fuel was saved, as the company could avoid over 100,000 truck trips on the National Highways.

In FY 2019-20, over 1.78 lakh cars were dispatched by rail mode, a 15 pc increase over the previous year. This accounts for nearly 12 per cent of total sales of the company in the year.

Explaining the importance of Railways as one of the important modes of transport, Mr Kenichi Ayukawa, Managing Director & CEO, Maruti Suzuki India, said, “Considering the increasing volumes, our team felt the need for large scale logistics flow. We realised, that not only for expansion but also for risk mitigation we have to look beyond road mode logistics.”