Skoda has EV plans for India 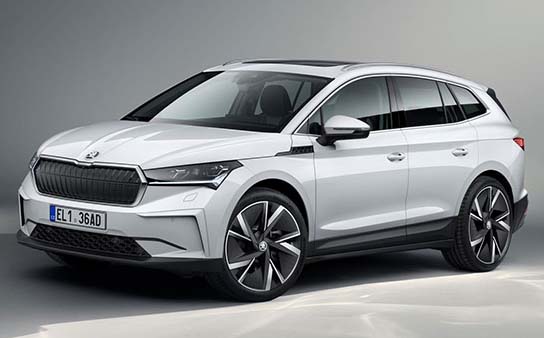 Skoda Auto, which has been given charge of leading the Rs 8,000-crore India investments by European auto major Volkswagen, plans to manufacture electric cars in the country, according to a report published in a leading national daily.

The EV debut, however, will be made even earlier through the imported route with the launch of green SUV Enyaq, said the report.

Skoda Auto global Chairman, Mr. Thomas Schaefer, said that electric mobility is a major focus area for the company globally, and India — through its policy incentives — will also be a key market for green vehicles.

The plans could see the India subsidiary — Skoda Auto Volkswagen India — have nearly 30 pc of its local portfolio run on electric powertrains by the end of this decade. While this will still be lower to the 50-70 pc green fleet global ambitions that it has in the same period, the company wants a greater engagement in India by having a deep-rooted local manufacturing set-up.

“If you don’t go into deep localisation, it will never be feasible,” Mr. Schaefer told the newspaper, adding, the company could indigenise “right down to the cell factories”. He said localisation is critical to ensure affordability.

“Electric cars can’t be penalised. If you believe that this is the future, then till the time until they are localised in India, you cannot penalise them (with higher duty). Otherwise, you will stop the development and you stop the movement in the market, and you lose connection with the rest of the world,” he said.

Mahindra & Mahindra Ltd (M&M) has entered the World Index list of companies in the Dow Jones Sustainability Index (DJSI) 2021. Out of the five...
Read more
- Advertisment -