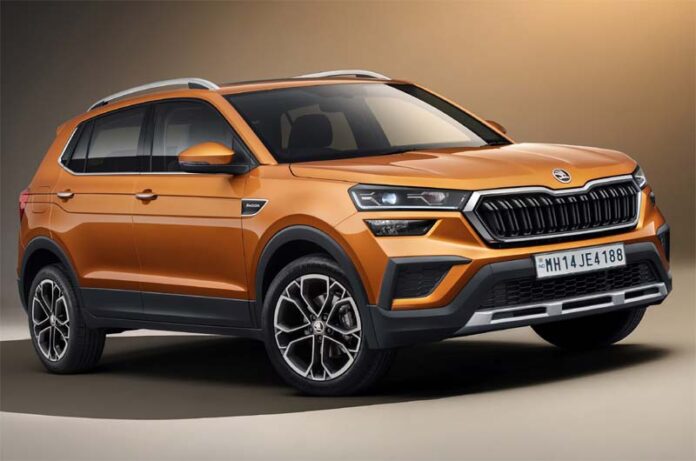 Celebrating its 20th year in the country, Skoda unveiled its latest offering – the 2021 Kushaq SUV – in Mumbai on March 18 during a global premiere.

The SUV is the production version of the Skoda VISION IN concept SUV the carmaker showcased at the Auto Expo last year. The official launch of Kushaq, along with price, is likely to be announced later this year.

As part of its India 2.0 Project, Skoda aims to ride high on this brand new model. The Skoda Kushaq SUV is based on the MQB-A0-IN platform. Skoda’s facility in Chakan has been upgraded for this purpose to use the new platform and manufacture vehicles. This is the same platform that will be used for Volkswagen’s upcoming Taigun SUV which is a technical twin to Skoda’s Kushaq SUV.

As far as the design is concerned, the 2021 Skoda Kushaq SUV sports a very aggressive, bold and modern design. Skoda says that the SUV has been designed in India, for India and the world. It features a signature Skoda grille at the front with prominent twin ribs outlined in crystal. There is also split LED headlights at the front flanking the new-look grille.

The new Skoda Kushaq SUV has a ground clearance of 188 mm and a wheelbase of 2651mm, which the carmaker claims to be the best in the segment.

Step inside the Kushaq SUV, and one will be welcomed with a spacious cabin, highlighted by a 10-inch digital instrument cluster. Among other features, the Kushaq SUV also gets ventilated front seats, a sub-woofer, wireless charging, ambient lighting, connected tech and much more.

The new Kushaq will feature two engine options – a 1.0-litre and a 1.5-litre TSI motor, both will be produced locally.