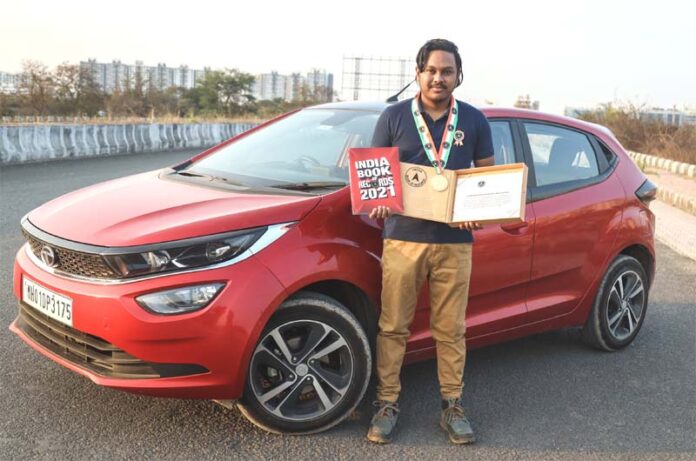 Tata Motors announced on February 17 that its premium hatchback Altroz has entered into the India Book of Records.

As part of the achievement, Altroz covered a maximum distance of 1,603 km in 24 hours thereby setting a new Indian record. The journey was undertaken by Mr. Devjeet Saha, a Pune-based auto enthusiast, who completed a 24-hour round trip from Satara to Bengaluru and back to Pune between December 15 and December 16, 2020.

Mr Saha said, “I am humbled to have been given the opportunity to embark on this landmark journey and am honoured to have been inducted into the India Book of Records. This feat would not have been possible without the trustworthy Tata Altroz and the very helpful team at Tata Motors. The Altroz proved to be the very class-defining product that we all have known it to be, by way of its exceptional performance on this long journey.”

Commenting on the achievement, Mr. Vivek Srivatsa – Head, Marketing, Passenger Vehicles Business Unit, Tata Motors, said, “Since its inception, the Altroz has created new benchmarks in its segment through the medium of its appealing design, top notch safety and thrilling performance. We are delighted that Mr. Saha chose the Altroz as his companion in embarking on the long journey to achieve this rare milestone.”