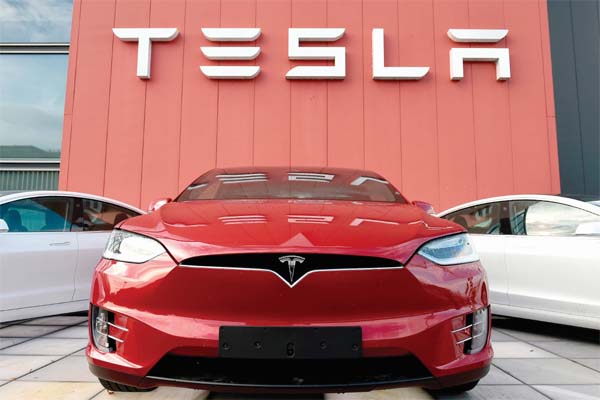 Keeping up its promise, US-based electric car giant Tesla made its entry in India by registering itself as a company in Bengaluru.

Tesla CEO Mr Elon Musk had said “Next year for sure” in reply to a post on Twitter last month with a photograph of a T-shirt carrying the message: ‘India wants Tesla’.

Tesla has registered with the Registrar of Companies in India as Tesla India Motors and Energy Private Ltd. It incorporated itself on January 8 with an authorised capital of Rs 15 lakh and a paid-up capital of Rs 1 lakh.

The regulatory filing shows the Indian unit has three Directors including Mr David Feinstein, who is currently a senior executive at Tesla. Mr Vaibhav Taneja and Mr Venkatrangam Sreeram, are the other two Directors.

“Tesla setting up its office in the state is a welcome step. We will cooperate with it and give it all the facilities to function smoothly,” said the Karnataka Industries Minister, Mr Jagadish Shettar. No location has yet been finalised for Tesla to set a manufacturing plant in the state, he added.

Mr Gaurav Gupta, Principal Secretary to the Government of Karnataka, said the state had been in regular touch with Tesla for the last few months.