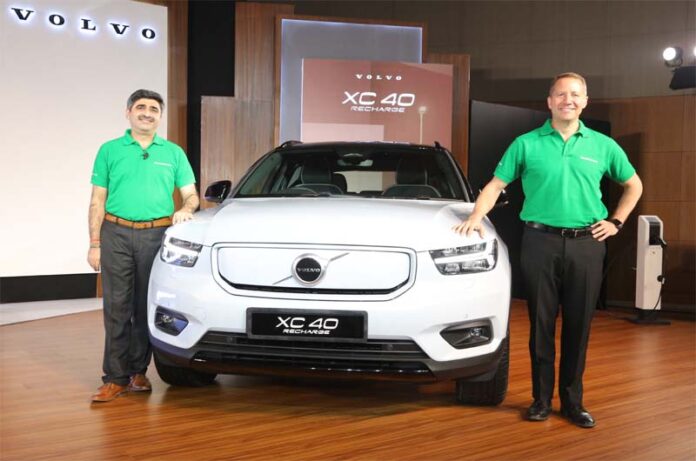 “We are committed to becoming a leader in the fast-growing premium electric car market and plan to double our volumes in the next two years. We will commence bookings of our first pure electric SUV, XC40 Recharge in June this year and start deliveries three months hence. By 2025 electric cars should constitute 80 pc of our annual sales” said Mr. Jyoti Malhotra, Managing Director, Volvo Car India

As part of its sustainability initiatives, the company announced that it aims to become carbon-neutral by 2040, said a press release.

The company, it said, is also gearing towards having all its dealerships in India becoming Green Dealerships. It is undertaking skill-upgradation of its dealer workforce to familarise them with the new technology of electric cars as well as to respond to the exacting requirements of its customers.

The release further said that Volvo intends to sell only fully electric cars and phase out any car, in the portfolio, with an internal combustion engine, including hybrids by 2030.

Mr. Malhotra said, “Our first electric car XC40 Recharge has been received very well globally and we expect the same in India as well. Starting this year we will launch one electric car every year in the Indian market and by 2030 we aspire to become a fully electric car company. This will reinforce our values and commitment towards sustainability and climate safety.”