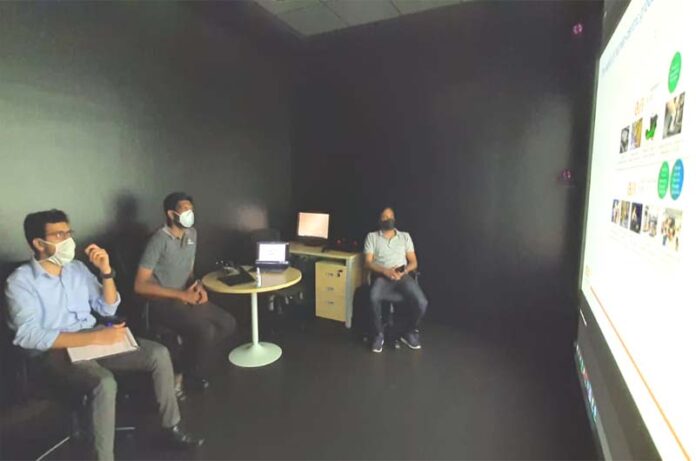 Daimler India Commercial Vehicles (DICV) recently opened a Virtual Reality Centre (VRC), which it claimed to be a benchmark-setting innovation for the CV industry in the country.

A press release issued DICV said, the VRC allows operators to perform serviceability and accessibility checks virtually using a digital model accessed via 3D Goggles and navigational joysticks. This has the potential to transform both R&D and vehicle servicing procedures, as it reduces the need for custom-built tools, prototype vehicles, and service bays.

Mr. Satyakam Arya, MD & CEO, Daimler India Commercial Vehicles said, “DICV has already established itself as a technological leader with our made-for-India brand BharatBenz. Through this new Virtual Reality Centre, we reinforce our position as innovators and disruptors. The VRC has the potential to make CV servicing and R&D considerably faster, more comprehensive, and more cost-effective.”

The VRC houses a 3D Barco projector, a power wall, advanced real-time tracking cameras, 3D head movement tracker goggles, and Virtual Reality software capable of seamlessly interacting with the vehicle design via navigational joysticks. One of the benefits of using virtual reality is the opportunities it offers for remote collaboration. Without the need for a physical model and workspace, DICV is able to share the digital models with Daimler truck owners around the world. The teams can access the same model simultaneously to exchange opinions and advice in real-time, even if they are oceans away from each other.