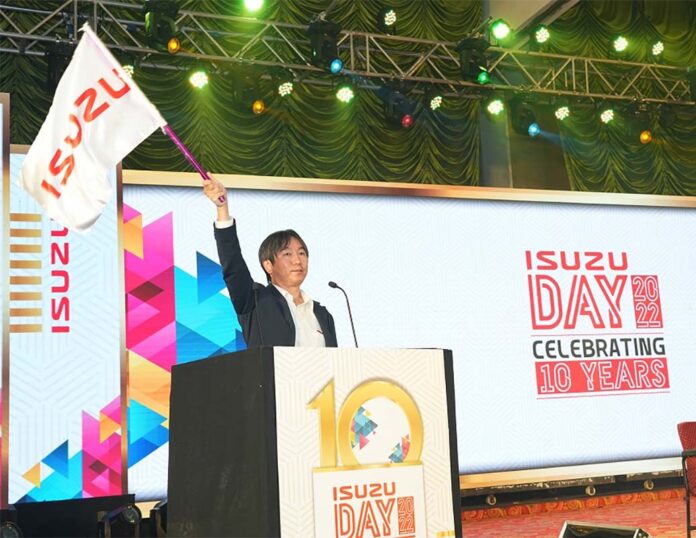 It was announced that IMI would produce & deliver 25K vehicles in FY 22-23.

Mr. Wataru Nakano, Managing Director, IMI in his speech added, “IMI has successfully completed 10 years in India. It has been through many challenges, however, we have created a new niche in India with the ISUZU D-MAX V-Cross (India’s First Adventure Utility Vehicle (AUV)).

As part of the ‘Atmanirbhar Bharat’ initiative, our ‘Made in India’ products are now being exported to neighbouring and gulf countries. Needless to say, India is very important to ISUZU and will serve as one of the important manufacturing hubs for ISUZU globally. I am happy to announce that we are well set to deliver 25K vehicles this year.”

The current year has also seen many internal production milestones being achieved including the rollout of the 50,000th vehicle, 5000th locally made engine and the 500,000th pressed part, from the Sri City plant, which are in line with the Company’s plans.

At the celebratory event, the members of the management felicitated the employees who have worked since the initial project phase. The ‘5-year’ long service awards were also presented to many employees on this occasion.

A special film featuring the ‘Equal Opportunity Initiative’ featuring the growing women talent in the manufacturing operations at Sri City plant was also showcased. This forms part of the ISUZU’s inclusion initiative globally.