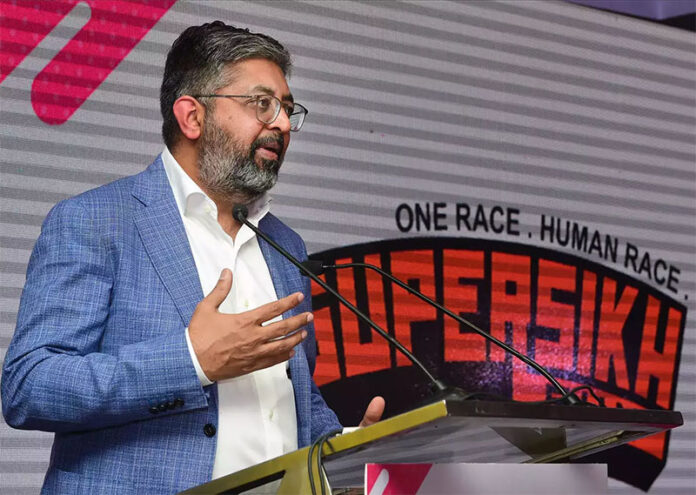 Hero Electric has drawn a roadmap to build up capacity to manufacture five million electric two-wheelers a year, almost half of that of top petrol-run two-wheeler maker Hero MotoCorp, amid rapid adoption of EVs in the country.

Hero Electric may need an investment of Rs 1,500-2,000 crore to execute this plan, which involves setting up two greenfield factories in South and West India, a top official said. It is considering a fresh round of fundraise, having secured infusion in 2018 and 2021.

Company Managing Director Naveen Munjal said the transition to EVs is happening swiftly with demand outpacing supply, and he expects 30% of the Indian two-wheeler market to move to EVs by 2025.

“We are losing business – we are not able to supply,” Munjal told reporters. “We had stopped online ordering and even slowed down dealership expansion to fulfil pending orders. We will double volumes in FY22. We are aiming to triple sales to 300,000 units for next financial year,” he said.

The company is engaged in a court battle for the rights of Hero brand with family rival Hero MotoCorp, which last week announced plans to enter the EV market later this year. Munjal said greenfield facilities in South and West India will help mitigate geographical risk and build an efficient supply chain mechanism. The company has an installed annual capacity of 250,000 each in Ludhiana – which is being doubled – and in Pithampur, Madhya Pradesh.

It also recently entered into a contract manufacturing arrangement with Mahindra & Mahindra to cater to higher demand. Hero Electric is adopting an ecosystem approach and is stitching partnerships. After entering into an alliance with Mahindra for extra capacity and joint projects, the company last week entered into partnership with Sun Mobility to offer swappable solutions to counter new competition.

One of the first movers in this segment, the company has worked on the entire ecosystem, right from building awareness to portfolio of products – low speed to high speed. It worked on developing strong localisation on products to setting up charging stations to cater to pain areas of consumers.

Now that the market has turned the corner, it does not want to let go of the edge developed over a decade and half of working. “We want to retain the leadership; we are confident of holding on to at least one-third of the market in the coming years,” Munjal said. “We have a wide product portfolio, which is getting further enhanced, years of understanding the consumer needs, and supporting the environment today.”

The company recently launched a new city speed scooter (45 to 60 kmph), Eddy to cater to further excite the market. According to data from the Vahan portal, sales of high speed two-wheeler EVs (2wEV) soared to 32,402 units in February 2022 against just 6,083 units a year earlier. The volume of 2wEV has been consistently growing month on month since July 2021 when several state governments announced state EV policies that reduced the price gap with internal combustion engine vehicles.

If one adds low speed electric two-wheelers, almost a half a million EVs are likely to be sold in FY22. Given the production schedules shared with vendors, the volumes would more than double to over a million next fiscal, people in the know said. To be sure, Hero Electric has 750 customer touchpoints, 2,000 charging stations and it has already trained over 25,000 roadside mechanics to service electric two wheelers. Munjal said the company has developed a strong hybrid model of both online and offline, which enables a consumer to transact online but experience offline through its channel.