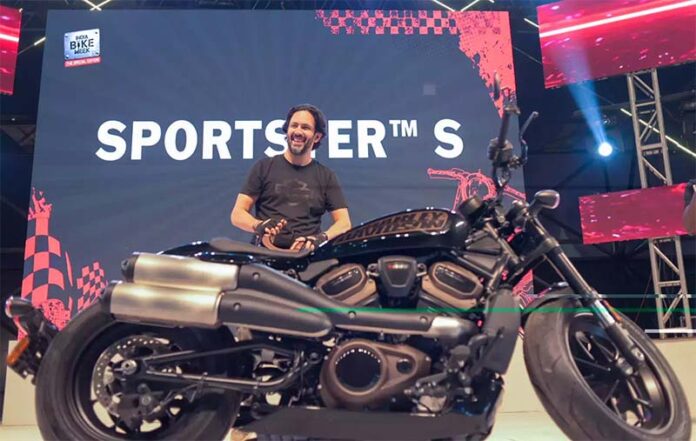 Hero MotoCorp, the exclusive distributor of Harley-Davidson in India, has launched the Sportster S at India Bike Week, with a starting price of INR 15,51,000 (ex-showroom Delhi). Sportster S is powered by a 121-horsepower Revolution Max 1250T V-Twin engine.

This new version of the V-Twin engine is tuned to make torque at low RPM, with a torque curve that stays flat through the powerband – engine performance designed to deliver strong acceleration from a start with robust power through the mid-range, a joint media release by the companies said.

The model comes in three ride modes of Sport, Road and Rain with three color options of Vivid Black, Stone Washed White Pearl and Midnight Crimson. Two Custom modes may be used by the rider to create a set of performance characteristics to meet personal preference or for special situations, it said.

In October 2020, the American motorcycle maker Harley-Davidson announced a partnership with the leading two-wheeler maker Hero MotoCorp where the latter took over the exclusive distribution rights of Harley’s motorcycles, parts, and merchandise. This came after the iconic US two-wheeler maker pulled out of the Indian market, a decade after it started selling its premium bikes in the country.