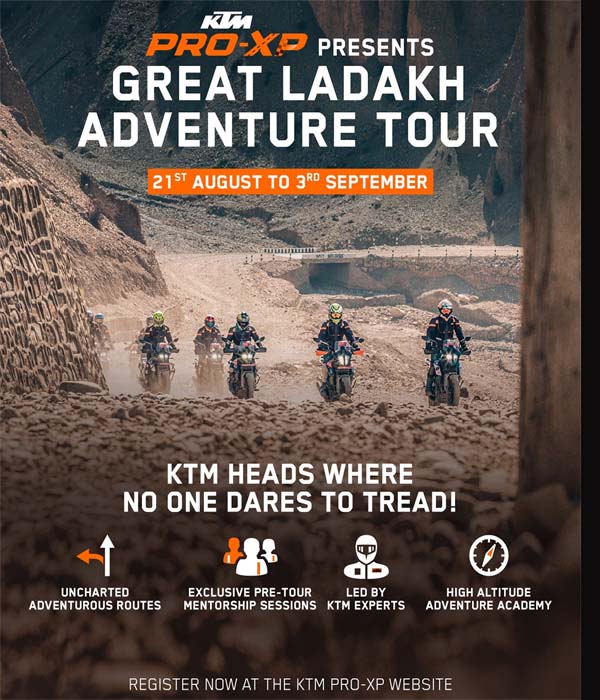 The 14-day tour is conceptualised as the apex adventure event under the property of KTM Pro-Experiences and will see the participation of KTM 250 and 390 Adventure owners from across the country, said a press release.

The tour will be led by KTM experts Varad More, Nilesh Dhumal and Sangram Patil, who will also conduct pre-tour mentorship sessions and train the riders for this experience.