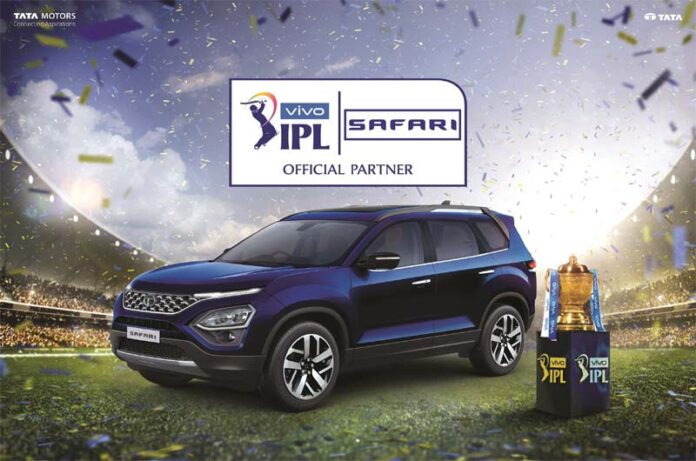 Continuing its association for the fourth consecutive year with the Board of Control for Cricket in India, Tata Motors announced on March 23 that its flagship SUV Safari will be the Official Partner for Vivo Indian Premier League (IPL) 2021.

Beginning April 9 in Chennai, the tournament will be played across six major cities including Delhi, Mumbai, Bengaluru and Kolkata, followed by the finals being played in Ahmedabad.

Commenting on the association, Mr. Vivek Srivatsa, Head – Marketing, Passenger Vehicle Business Unit (PVBU), Tata Motors, said, “This year’s IPL is a special one for us as the tournament has made its way back to its Indian venues after a difficult year. The excitement of the 2021 tournament will be a notch higher as cricket lovers in India look forward to welcoming the illustrious league back to their home stadiums. We are thrilled to be contributing to this excitement with the renewal of our fruitful association with BCCI, for the fourth consecutive year.”

Mr. Brijesh Patel, Chairman, IPL, said, “We are looking forward to Tata Motors continuing their association for this year’s Vivo IPL with their latest launch – the all-new Tata Safari. Tata Motors has been the official partner of the tournament since 2018 and our relationship with them continues to grow stronger with each passing year.”