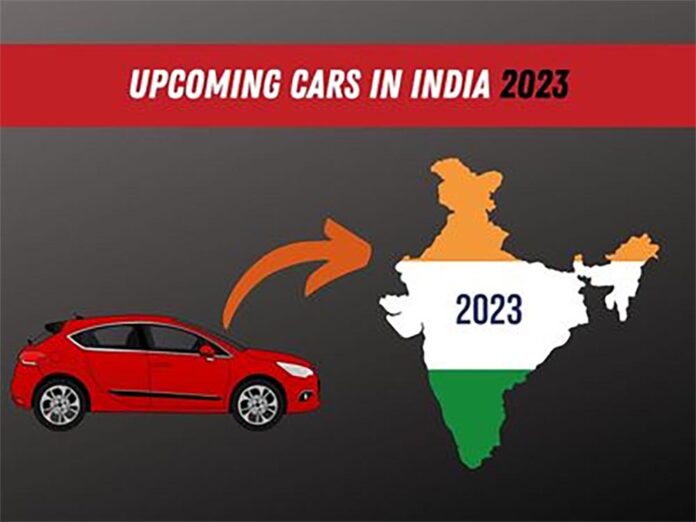 Car launches 2023– The automobile industry is constantly evolving, with new advancements, models, and updates being released with time. 2023 is one of the essential years when several exciting cars are ready to launch and hit the market. It includes electric vehicles, hybrid models, sports cars, SUVs, and more.

Have a look at the list of upcoming cars in 2023

Maruti Suzuki, India’s largest car manufacturer, is set to release the YTB Coupe SUV in the coming year. This compact SUV is expected to offer a sporty and stylish design, with a coupe-like roofline and a number of sporty design elements. The Maruti Suzuki YTB Coupe SUV is becoming an attractive option for Indian car buyers looking for a stylish and practical compact SUV. With its sporty design and advanced features, it’s sure to be a hit once it is ready for deliveries.

Hyundai is set to release a new micro-SUV in the coming year, targeting the growing market for compact, urban-friendly SUVs. This new model is expected to offer a compact size and agile handling, making it well-suited for navigating crowded city streets.

The Hyundai Creta is a popular compact SUV in India, and the 2023 model is set to receive a facelift to keep it competitive in the market. The updated Creta is expected to feature several cosmetic changes, including a revised front fascia with a new grille and bumper design.

The new-generation Hyundai Verna is a compact sedan expected to be popular in the Indian market. It is set to offer a range of advanced features and technologies, making it a compelling choice for car buyers looking for a stylish and well-equipped sedan.

The Hyundai IONIQ is a line of electrified vehicles that includes hybrid, plug-in hybrid, and all-electric models. The all-electric version, called the IONIQ Electric, is a fully electric vehicle (EV) that is powered solely by a battery and an electric motor.

2023 MG Hector is shaping up to be a stylish and well-equipped mid-size SUV, with a number of advanced features and technologies to keep it competitive in the market. Its combination of performance, efficiency, and advanced features are sure to appeal to a wide range of drivers.

Honda is expected to release a new compact SUV in the coming years, targeting the growing market for small, urban-friendly SUVs. This new model is expected to offer a compact size and agile handling, making it well-suited for navigating crowded city streets.

According to rumors, Tata could unveil the updated Harrier at the 2023 auto show. Given the excitement, Tata will have the ideal opportunity to display the updates to the Harrier and Safari.

At the 2023 Auto Expo, Tata Motors plans to display a variety of SUVs and EVs. The corporation will also show the upgraded models of its current SUVs, such as the Harrier and the Safari. The 2023 Tata Safari and the Harrier facelift have already been spotted testing multiple times on Indian roads.

The Tata Punch EV is an all-electric version of the Tata Punch, a small hatchback popular in the Indian market. It is expected to be powered by an electric motor and a battery pack, offering a range of up to 200 kilometers on a single charge.

The Citroen C3 EV is an all-electric version of the Citroen C3, a small hatchback that is popular in the European market. It is expected to be powered by an electric motor and a battery pack, offering a range of up to 200 kilometres on a single charge.

Mahindra confirmed that its XUV 400 electric SUV would be launched in India in January, with Auto Expo 2023 beginning in a few days.

Mahindra Thar 2WD SUV is set to be launched in India by Mahindra. In preparation for the debut, the carmaker recently updated its official brochure with images of the most recent Thar off-road SUV model.

The X-Trail, Qashqai, and Juke are three of Nissan’s most well-known worldwide SUVs, and they were recently on display in India. The X-Trail will be the first of these three SUVs to be released on the Indian market after road testing.