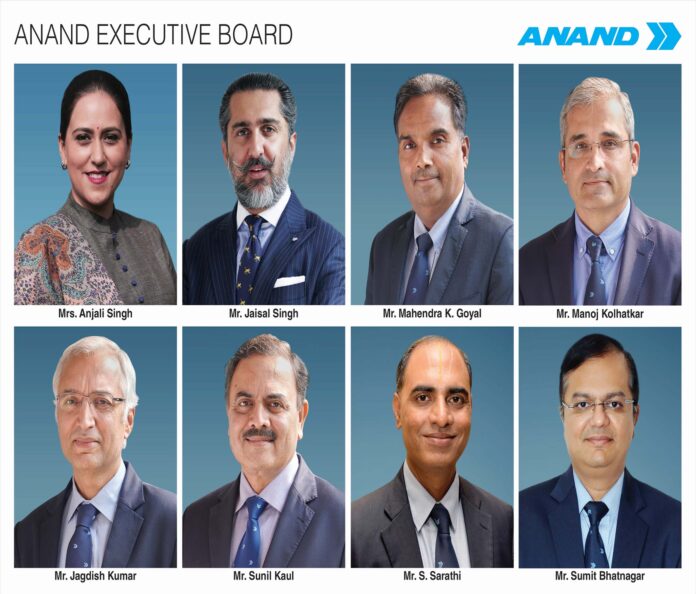 The Anand Group on September 21 announced significant governance and key management restructuring. The Supervisory Board of the Group has approved the changes and appointments which will come into effect from January 15 next year, said a press release.

Mr. Jaisal Singh, Director, Group Supervisory Board, will, in addition, be appointed Vice-Chairman of a re-constituted Anand Executive Board. He will also be appointed Co-Chairman of Mando Automotive India, a joint venture between Anand and Mando Corporation, part of the Halla Group, Republic of Korea.

Mr. Deepak Chopra will retire as Group CEO on January 15, 2021 after having served the company for 44 years. He will join the Group Supervisory Board, and will chair the Board’s Operations Committee, as well as serve as a member of the Personnel Committee. Further, he will be appointed as Co-Chairman of Joyson Anand Abhishek Safety Systems, a joint venture with Joyson Safety Systems, USA.

Among the other changes involving Group Presidents are: Mr. Mahendra K. Goyal will assume charge as one of two Co-Chief Operating Officers along with Mr. Manoj Kolhatkar; Mr. Jagdish Kumar will continue in his role as the group’s Chief Financial Officer; Mr. Sunil Kaul will be appointed the group’s Chief Technology Officer; Mr. S. Sarathi will be appointed Chief Compliance Officer and Mr. Sumit Bhatnagar will be re-designated as Chief Human Resource Officer.