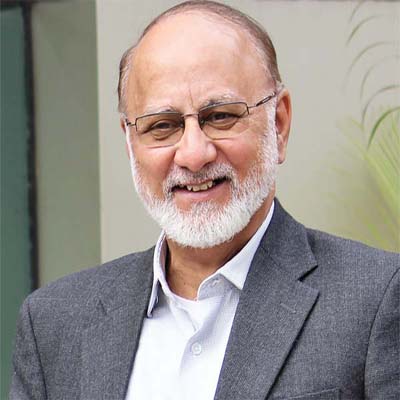 Lauding the Central and state governments’ initiatives to promote e-mobility in the country, Mr Sohinder Gill, Director General, Society of Manufacturers of Electric Vehicles, and CEO, Hero electric, says there is still a lot to be done. Running programmes to increase peoples’ awareness, facilitating bank finance and linking adoption of cleaner vehicles to Swachh Bharat Campaign are some of the steps which can go a long way in generating demand, said Mr Gill in response to a questionnaire sent by Autoguide.

The following is the text of the interaction:

With the auto sector having stabilised to a great extent, do you think the electric mobility is getting the desired attention now?

In the last five years, we have seen movement happening in the e-mobility space. The two key reasons behind the industry getting attention are pollution and reducing dependence on crude oil.  The Government has realised that electric vehicles are the future and sustainable mode of transportation. To promote EV industry, several schemes and incentives have been announced by the Central as well as state governments. However, there is still a lot to be done for the rapid adoption of e-mobility, especially on the demand-generation side.

How do you rate the overall progress in the EV ecosystem?

Though several initiatives have been launched, and some of them have been successful as well, more needs to be done to achieve critical numbers. The key is to run programmes to educate and conduct demand-generation activities so that more people become aware and start looking to buy EVs. Right now under FAME-2 scheme, less than 10 pc of its sales target has been achieved. We feel there is a need to rejig the scheme so that higher growth can be witnessed.

What do you think is the trajectory of EV investments?

To attract more investments, we believe that bringing volumes on road is required. Once EVs become visible on the roads, it will have a spiral effect and more people will start to look at EVs when they decide to purchase any new vehicle. Companies are analysing the market and waiting for numbers to come before deciding on investments. A few OEMs have invested in product development in the past years and in coming years we feel that charging infrastructure would attract more investment. The Central and state governments have announced both fiscal and non-fiscal policies to help and support the investments. This will definitely help in getting OEMs and other ancillary manufacturers to start investing in the country.

How long do you think will it take to reach comfortable levels in terms of charging infrastructure?

The Government is focused on ‘Atmanirbhar Bharat’ and the battery technology and raw material are mostly controlled by China. Do you think this will slow down or change the impetus on EVs?

Currently, India doesn’t have a known source of lithium and other raw material. Hence, the import dependence will continue for minerals that we do not seem to have in sufficient quantities. Companies are currently sourcing material from South America, Europe and China. To promote battery manufacturing in the country, the Government has recently launched a PLI (production-linked incentive) Scheme with an outlay of Rs 18,000 crore. It would accelerate the movement of the EV industry.

Has the pandemic impacted peoples’ preference for EVs in any way?

There has been a positive change amongst citizens towards EVs. Customers are considering switching to personal mobility from crowded mass transport. To that end, sensibly priced electric two-wheelers are being considered since the cost of commuting is almost the same as of public transport. Also, during the lockdown, people have witnessed cleaner sky and breathed pure air due to non-movement of fuel-guzzling vehicles. People have realised the importance of having green vehicles and are willing to adopt eco-friendly transportation methods to sustain a clean environment.

Which segment is seeing the maximum EV penetration and what is the future of growth in EVs plying interstate or long-distance routes?

The electric two-wheeler and three-wheeler are the segments witnessing huge demands. The reasons behind their popularity are the low running and ownership cost. With the Government’s strong push towards charging infrastructure, we will see more number of e-cars and e-buses plying on long-distance routes in the near future.

Are you satisfied with the steps taken by the Centre and various state governments to promote electric vehicles?

The policies announced by Central and a few state governments like Delhi and Gujarat are promising, and we are thankful to them. Though FAME-2 policy which is currently on has some shortcomings which can be improved further for giving greater impetus to EVs, the Government is also now beginning to clear them up as they have understood the importance of EVs in the larger interest of the country. I think both the Central and state governments have to work in tandem and involve the industry closely in their strategies and decisions.

Are there any specific expectations from the Government on the policy front post-pandemic?

There is a need to come up with some bold measures to push for quick adoption of EVs. For instance, projecting EVs as a solution to the clean environment under the ‘Swachh Bharat Campaign’ could create massive awareness about the electric vehicles and their benefit toward the environment. The other could be instructing banks to finance electric vehicles to reduce the burden of paying the money upfront for buying vehicles. Lastly, by mandating the delivery businesses to convert their fleets to EVs can bring a huge volume in the market.

A mix of direct customer incentives, indirect stimulus, both fiscal and non-fiscal, apart from some mandating, together with an awareness and demand-generation campaign can do wonders to convince the citizens to shift to electric mobility.

Lastly, what’s your take on the overall EV scenario in 2021?

The market for EVs looks somewhat optimistic of a robust recovery in 2021. We will see more demand coming, especially for personal vehicles, i.e. entry-level segment cars and two-wheelers. Many companies would plan to expand their product portfolios, spend more on R&D, see more impetus in creating a local eco-system for EVs and aligning their businesses to meet customer demand. We believe both e-2Ws and e-3Ws will see quick recovery in the next year.