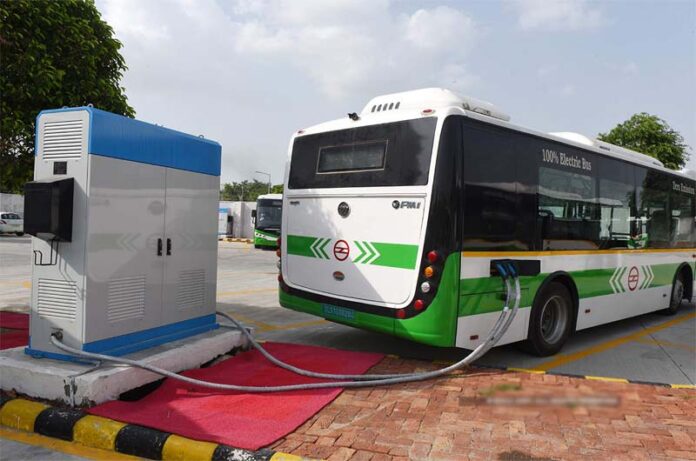 With significant operational savings, especially on fuel costs vis-à-vis conventional diesel buses, ICRA expects the demand for e-buses to pick up over the near to medium term and account for 8-10 per cent of new bus sales by FY2025. Government subsidies and evolving technologies reduce capital costs further, it said.

The Gross-Cost Contract (GCC) model, or opex model of operations, has emerged as the preferred route for e-bus adoption in the country. However, the model is still in nascent stage and it remains to be seen how various risks related to project execution, bus performance, receivables etc. play out over the medium to long term, said an ICRA report.

Electric buses (e-buses) are expected to be at the forefront of India’s electrification drive, with the segment expected to witness healthy traction going forward. The traction in the e-bus segment is already visible over recent months, despite the overall stress in the public transportation segment over the past year and a half due to the pandemic.

Although the on-ground deployment under the FAME scheme has been somewhat delayed on account of the pandemic-induced challenges, the extension of the scheme by two years to April 2024 would support adoption in the segment over the medium term, said the report.

According to Mr. Srikumar Krishnamurthy, Vice-President & Co-Group Head, ICRA Ratings, “Bus costs are the single largest cost element in electric bus projects, accounting for 75-80 pc of project costs. With the capital subsidy of Rs. 35-55 lakh per bus under the FAME-II scheme, the capital subsidy element can fund a large part of the project costs, up to even 40 pc, which augurs well for the viability of these projects. Additionally, coupled with the significant savings on fuel costs (3-5x cheaper vis-à-vis conventional buses), these subsidies help to bring the total cost of ownership of e-buses on par with the CNG buses, and more importantly 20-30 pc lower than diesel buses.”