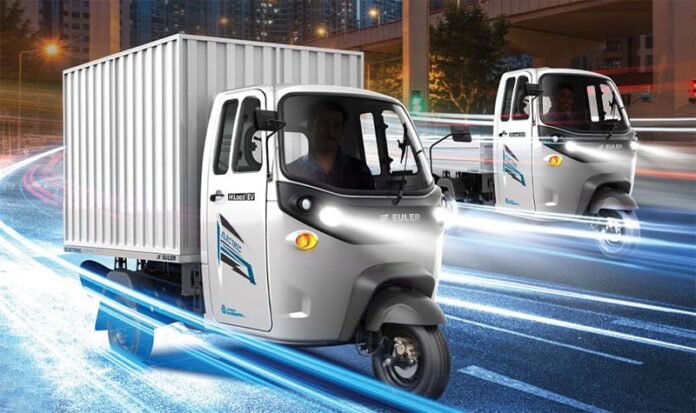 Euler Motors, an electric vehicle company, commenced its retail deliveries of its HiLoad EV in January 2022 plans to close the current financial year with revenue of INR 20 crores. Euler Motors will expand footprint in 12 new markets in the next fiscal including key delivery hubs like Bangalore, Chennai, Chandigarh, Jaipur, Hyderabad and Kolkata among others. These deployments will span across in next 18 months with the company’s aim to capture around 20% market share by 2025.

The company has set a target to achieve INR 300 crore revenue by the end of FY23 and plans to deploy 8,500 units of HiLoad on road by FY23.

The company recently announced an outlay of INR 200 crores towards capex and increasing production to 35000 units per annum. These investments will come via the ongoing series B and debt fundraise in this fiscal. The company plans to raise USD 50 million in 2022.

Some of the current customers for Euler Motors include Flipkart, BigBasket, Udaan and MoEVing. So far, the company has raised USD 21.6 million till date. For this year, the company plans to develop state-of-the-art manufacturing in Delhi-NCR and have seamless operations.