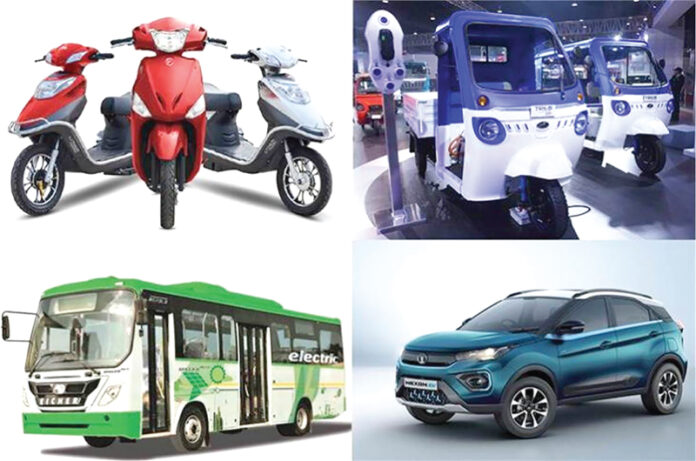 Electric vehicle makers have termed the Delhi Government’s electric vehicle policy as a step in the right direction to encourage adoption of clean energy vehicles in the national Capital and said it will set an example for the other states to follow.

Thanking the Delhi Government for implementing a policy that covers key measures required by the industry, Mr Sohinder Gill, Director General, Society of Manufacturers of Electric Vehicles (SMEV), said, it has a defined target and timeline that has the potential to make the Capital one of the leading states in terms of electric vehicle adoption.

Most importantly, he said, “this policy will provide more push to the existing EV architecture than the current FAME-II scheme. The customers who were unable to get subsidy under the Central Government’s scheme due to certain restrictive norms, now have a chance to avail subsidy under this scheme.  It has also set an example of how a policy can run without using exchequer money.”

Mr Gill, who is also the Global CEO of Hero Electric, said Delhi policy in a way is a benchmark for other states to follow. However, he said, the only small missing point in the policy is that it doesn’t support the lithium battery e-scooters with speeds up to 25km/hr. These e-scooters, he said, are particularly popular with Delhiites because of their attractive prices and extremely low running costs. “With a bit of support of the Delhi Government the adoption of such e scooters would have grown multifold. We hope the Government would look into it and make some amendments in the future,” concluded Mr Gill.

Hero Electric Managing Director Mr Naveen Munjal said the new EV policy will go a long way in boosting Delhi’s economy, creating jobs and reducing air pollution in the national capital. “The incentives declared under this policy will be beneficial to the customers and will certainly help Delhi achieve its goal of electrification of vehicles,” he said.

Mr Mahesh Babu, MD and CEO of Mahindra Electric, thanked the Delhi Government for “quickly notifying robust and well-thought EV policies that will further boost the EV sales in the Capital.” These, he said, “are aimed at faster adoption of EVs both in personal and shared mobility segments and extending the incentives to personal buyers will further help the development of the entire ecosystem.”

Mr Tarun Mehta, CEO and Co-Founder, Ather Energy, said, “The Delhi Government has created a policy that addresses the issues of accessibility for the end-consumer. The additional subsidy makes EVs more affordable across the board and offering it to higher performance vehicles, will ensure that end consumers will actually purchase and use these vehicles.” Delhi has taken a holistic approach to their policy, taking into account charging infrastructure, different automobile models and scrappage of old ICE vehicles, added Mr Mehta.

Mr. Anmol Jaggi, Founder, BluSmart Electric Mobility, said, “We applaud the Chief Minister Mr. Arvind Kejriwal for his progressive leadership and congratulate the Government for the Delhi Electric Vehicle Policy 2020. We welcome the move and extend our support by expanding BluSmart services into Delhi.”

Mr Nagesh Basavanhalli, MD and CEO, Greaves Cotton Ltd, said, “The EV policy announced by the Delhi Government is a welcome step in the right direction as it will encourage the adoption of electric vehicles in the Capital and will set an example for other states to follow.”

In a tweet, Mr Chetan Maini, who founded Reva Electric Car Company, which was later on acquired by Mahindra & Mahindra, said the policy can accelerate adoption of EVs, while also boosting the job market. “Looking forward to seeing effective implementation & collaboration to drive the change!” he added.

Mr Rahul Sharma, Founder and CEO of Revolt Intellicorp, tweeted, “It will prove to be a game-changer and lay the foundation for Delhi to emerge as the EV capital of the country.”

PURE EV CEO Mr Rohit Vadera said Delhi has historically faced issues on air quality index, and he welcomed the steps taken by the state Government towards improving the air quality by promoting usage of electric vehicles. “With this subsidy for EVs, we are delighted that EVs will have a wider reach and affordability for the people in Delhi,” he said.