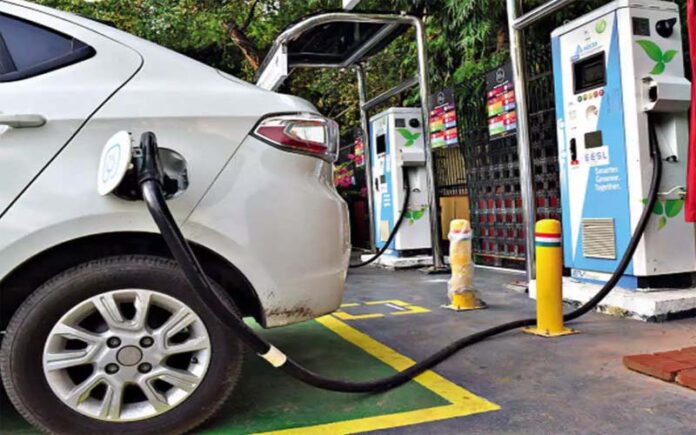 Signaling its strong resolve towards a cleaner environment, the Gujarat Government has come up with a progressive policy that is set to benefit nearly two lakh buyers of electric vehicles over the next four years with subsidies of up to Rs 1.50 lakh.

These incentives will be credited directly by the state transport department to the buyer’s bank account once the purchase document of the vehicle has been authenticated.

However, there is a price threshold for EVs that are eligible for this subsidy. To qualify for this incentive, the ex-factory price of an e-two-wheeler cannot exceed Rs 1.5 lakh. Similarly, the cap for e-rickshaws to be eligible is Rs 5 lakh, and for electric cars, it’s Rs 15 lakh. The price cap means most electric cars on sale at present (including Hyundai Kona Electric, MG ZS EV, Mercedes-Benz EQC and Jaguar I-Pace) will not be eligible for the Gujarat state subsidy. Tata Nexon EV, which is priced from Rs 13.99 lakh onwards, will benefit from this policy.

Around 1.10 lakh electric two-wheelers, 70,000 electric three-wheelers and 20,000 electric four-wheelers will be used in the state in the next four years following the implementation of the policy, said Mr. Rupani while announcing the policy.

As part of the policy, the state Government also unveiled a four-year plan with a total outlay of Rs 870 crore to be offered as subsidy/incentive for new buyers of EVs across segments, as well as for those investing in the development of infrastructure for EVs.

According to details shared by Department of Information, Government of Gujarat, the state will furnish subsidies to EV buyers along with benefits provided by the Central government under the second phase of the FAME India scheme.

Besides, Gujarat will give double the amount of subsidy on EVs than any other state on per kWh basis. Moreover, no registration fee will be charged for registering an electric vehicle at any Gujarat RTO.

“We thank the Government of Gujarat for announcing a promising and a bold EV policy.  The policy certainly has a potential to make Gujarat an EV hub and would mobilise a rapid adoption of electric vehicles in the state. We are excited to be part of this journey and would put our all efforts towards achieving the state Government’s target under the policy.  The policy also gives thrust on the charging infrastructure that would address the issue of range anxiety, especially amongst the people who want to buy an electric four-wheeler.”

“We welcome the move by the Gujarat Government, offering incentive support for all categories of electric vehicles. This clearly signals a strong resolve of the Government towards cleaner environment and a sustainable future for the country. Also the support extended towards charging infrastructure will accelerate the ecosystem development and bring a greater comfort for EV buyers. We compliment the Gujarat Government for introducing such a progressive policy.”

“The new electric vehicle policy introduced by the Gujarat Government is a great move and will have a considerable impact on the adoption rate of EVs in the state. Gujarat has always taken a lead in encouraging green mobility through various progressive policies and initiatives, including the proposal to have the first EV only city, Kevadia. The Government offering double the subsidy of any other state for every kWh will make it a leading destination for electric vehicles.”

“As per our estimates, the recent amendment by Department of Heavy Industries as well as incentive by the Government of Gujarat could result in price reduction of about Rs. 30,000 per e2W, which is substantial and will help in achieving price parity with conventional 2W. Another key highlight is the possible price reduction of Rs. 1.5-3 lakh for electric car-buyer in Gujarat, as FAME-II policy does not provide subsidy to electric cars for personal mobility.”

“With the announcement of the e-vehicle policy, the Gujarat Government is enabling the inevitable transition from carbon-emitting vehicles to cleaner forms of transportation. The Gujarat Electric Vehicle Policy 2021 comes at an opportune time when both Central and state governments are taking encouraging steps to boost awareness as well as the adoption of EVs. The various incentives coming from the Government are encouraging for all the industry stakeholders and will in turn be a big step towards accelerating this transition.”