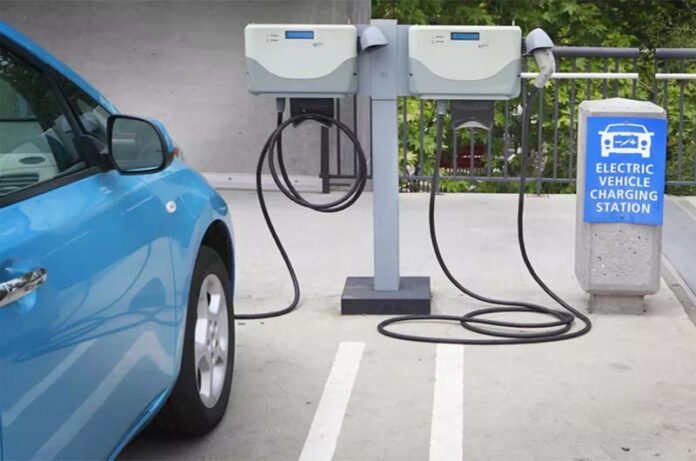 Maharashtra and Rajasthan became the latest states to come up with their electric vehicle policies. While the Maharashtra EV policy was announced by the state Environment Minister, Mr Aditya Thackeray, on July 13, the Rajasthan policy came in the form of a notification issued by the state Transport Department a few days later.

With the goal of making Maharashtra the “topmost producer of battery-powered electric vehicles in India” and aiming for EVs to make up 10 per cent of all new vehicle registrations in the state by 2025, the Thackeray Government rolled out a Rs 930-crore policy that’s valid till March 31, 2025. It also announced that EVs will be exempt from road tax and registration charges.

Rajasthan’s EV policy focuses on demand-creation by offering cash benefits to electric two and three-wheeler buyers. The cash subsidy amount, however, is lower than Delhi, Maharashtra and Gujarat.

While welcoming the policies, the automotive industry has expressed hope that these will accelerate adoption of electric vehicles and help in developing the charging infrastructure in the states.

Maharashtra has set an electrification target of 25 pc of public transport and last-mile delivery by 2025, converting 15 pc of the state transport corporation’s fleet to electric, Government vehicles going electric from April 2022 and e-commerce, logistics companies to transit 25 pc of their fleet transition to electric by 2025.

The base incentive for electric cars and SUVs is the same as for e-two-wheelers – Rs 5,000 per kWh of battery capacity. However, the subsidy can be availed by vehicles with a battery capacity of up to 30 kWh, which spells a total incentive of Rs 1.5 lakh.

Maharashtra is also working to develop a comprehensive charging network across the state, and is targeting setting up around 2,500 charging stations in seven urban agglomerates in the next four years. Those setting up the first 15,000 slow chargers will be eligible for an incentive of up to Rs 10,000 per charger, and those establishing the first 500 fast chargers will be eligible for a subsidy of up to Rs 5 lakh per charger.

To further promote EV adoption, the Maharashtra Government has made it mandatory for all upcoming property projects to have dedicated, EV-ready parking spaces to the tune of 20 per cent in residential apartments, 25 per cent in institutional and commercial complexes and 100 per cent in Government offices.

As per the Rajasthan EV policy, the state will refund its component of GST (SGST) to the consumers of the EVs. The buyers who will purchase EVs between April 2021 and March 2022 will receive this benefit.

Over and above this, all the electric two and three-wheeler consumers will be eligible for additional cash subsidies. The amount of this cash subsidy will range between Rs 5,000 and Rs 20,000, depending on the size of the battery.

However, unlike other states, the Rajasthan Government will not provide any cash subsidies for electric passenger vehicles or e-buses.

Reacting to the Rajasthan Government’s efforts to push green mobility, Dr. Yogesh Bhatia, Founder of Detel, said “the visionary move” is a step towards motivating customers for faster adoption of EVs. The added subsidy, he said, “will encourage manufacturers like us to develop new and innovative product lines at the most disruptive price.” It will not only boost the adoption of EVs but also generate employment at various levels, he added.

EV manufacturers were equally bullish about the Maharashtra Government’s announcement. Mr Nagesh Basavanhalli, MD & Group CEO, Greaves Cotton and Director, Ampere Vehicles, said, “The EV policy announced by the Maharashtra Government will be a great enabler of clean and green mobility. This will not only boost the growth of electric vehicles but will also provide employment at various levels and give impetus to the setting up of charging infrastructure.”

Mr Nakul Kukar, Founder and CEO, Cell Propulsion, said, “We commend Maharashtra Government for announcing multiple measures to encourage electric vehicle adoption. The revised policy’s focal point of bringing ease to consumers and manufacturers is much appreciated. There is a strong emphasis on establishing a robust charging infrastructure, which is much needed to reduce range anxiety and increase EV penetration in the state.”

According to Mr Bakar Sadik Agwan, Senior Automotive Consulting Analyst at GlobalData, the policy is “aimed to better Maharashtra’s position with regards to the production, sales of EVs and network of charging infrastructure.”  It is set to benefit both supply and the demand side, he said. “The policy also aims to strengthen the charging network across four major highways in the state with nearly 2,500 new charging stations which would promote intra-state EV transportation in Maharashtra,” added Mr Agwan.