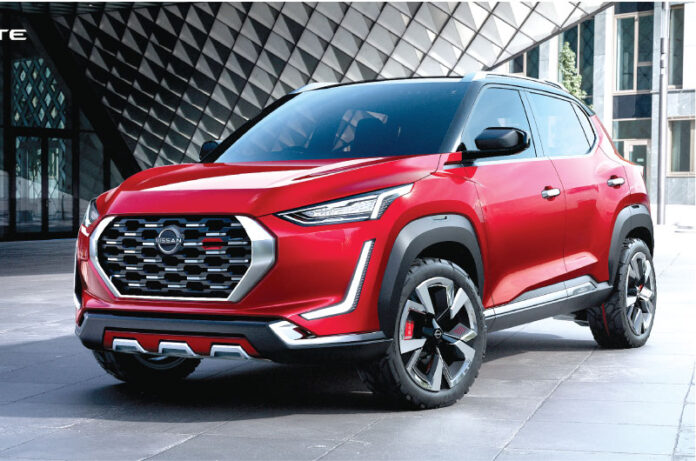 Nissan India on July 16 revealed the concept version of its B-SUV which it christened as Magnite. The technology-rich and stylish B-SUV will be launched in FY2020.

Magnite is a portmanteau of the words “magnetic” and “ignite”. Whereas magnetic highlights the design and the product attributes that will attract customers, ignite emphasises on the beginning of a new era that Nissan wants to bring in India, said a company press release.

“The Nissan Magnite is an evolutionary leap in Nissan’s global SUV DNA. With cutting-edge technology onboard, it will be a game-changer in its segment. A bold offering in the sub-four-meter category, we are confident that Nissan Magnite will redefine the B-SUV segment for the industry”, said Mr Rakesh Srivastava, Managing Director, Nissan Motor India.

He added that Magnite is made on the philosophy of ‘Make in India, Make for the World’ and has been designed in Japan while keeping in mind the requirements and aspirations of Indian customers.