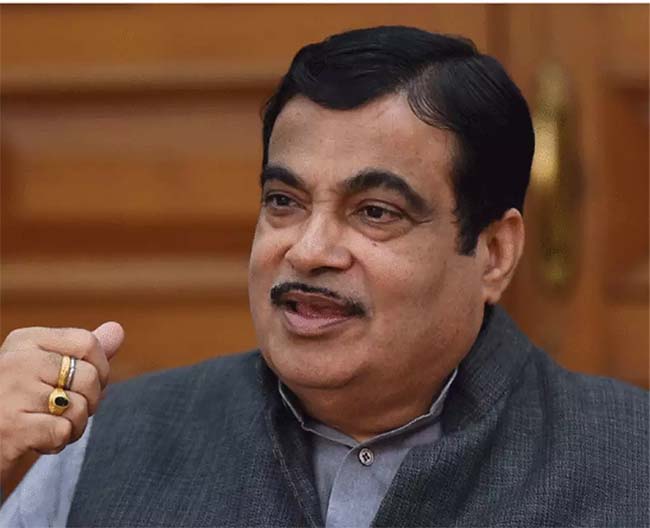 The Union Minister of Road Transport and Highways, Mr Nitin Gadkari, has said that in order to reduce pollution levels in the country, the Government is aiming at Rs 2-lakh crore ethanol economy, from its present size of Rs 20,000 crore, as the development of an extensive ethanol industry would mean new markets for the country’s biomass and agriculture sector.

He was addressing the second annual conference on ‘Alternative Fuels Roadmap for India@75: Moving towards Greener Future’, organised by the Federation of Indian Chambers of Commerce and Industry (Ficci) on October 8.

Mr Gadkari highlighted that the flex-fuel vehicles will play a crucial role to decarbonise the transport sector, making it sustainable for the environment, economy, and ecology.

“We are going to make it compulsory for all vehicle manufacturers to make flex-fuel engines that can run on more than one fuel to reduce pollution,” said Mr Gadkari.

He also cited examples of Brazil, Canada, and the USA, where most automobile companies manufacture flex-fuel engines.

“We will tap into the strength of the agriculture sector to produce energy and power. The production of bio-CNG from agricultural waste will solve the crisis of air pollution,” he said.

He said there is a substantial response seen in the domestic market for electric vehicles. He emphasised that, simultaneously, research on developing high-efficiency batteries and EV components is the need of the hour.

Speaking at the event, Mr Tarun Kapoor, Secretary in the Ministry of Petroleum and Natural Gas, said, “We must look at alternative fuels in a bigger way as the world is in an energy crisis. The impact of the rise of the global price of crude and L&G has affected the Indians as we are largely dependent on imports.”

He further stated that the Government was trying to encourage ethanol manufacturing in the country and the motor vehicle manufacturers must be compatible with the technical requirements of ethanol. “We have set up a committee for recommending ways and means for maintaining the octane numbers even with a higher percentage of lending,” said Mr Kapoor.

Mr Amit Varadan, Joint Secretary, Ministry of Road Transport & Highways, said that the Ministry is committed to reducing the emission intensity of its GDP by 33-35 per cent by 2030. MoRTH, he said, has issued various regulations related to the promotion of alternative and clean fuel transportation. He mentioned that a robust regulatory framework is being drawn to foster the use of electric mobility in India.

Dr OP Agarwal, Chair, Ficci Working Group on Future of Mobility, said, issues like climate change and COVID are global problems that does not recognise boundaries and action needs to take place at a global level. “Hydrogen is becoming promising in areas where electric mobility today may not work”, he said.

Mr Palash Roy Chowdhury, Co-Chair, Ficci Working Group on Future of Mobility, said, “We have reached the scale today where we need to urgently attract strategic investments in R&D as well as commercial manufacturing of better technology.”

Mr Dilip Chenoy, Secretary General, Ficci, said petroleum is the most used fuel for transportation, and although it will remain the standard fuel for the near future, alternative energies are becoming more viable.

PumPumPum secures fresh round of funding

Atum launches 10 EVcharging stations in a...

The Automotive Skills Development Council (ASDC) organised its annual conclave in New Delhi recently on the theme of ’10 Years of ASDC’. Participants at the...
Read more
Events

VW strengthens its footprint in Rajasthan

In a bid to strengthen multiple stakeholder sensitisation effort towards environment and road/vehicular safety, the Society for Automotive Fitness & Environment (SAFE), a SIAM...
Read more
- Advertisment -