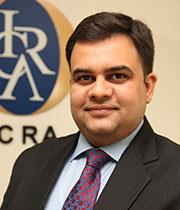 The global automobile industry is witnessing major technological transitions, with a shift from conventional powertrains to the electric powertrain. This transition will not only impact OEMs and their vendors within the auto industry but other stakeholders like oil producers, refineries, financiers, and others, said a report by rating agency ICRA.

While global automotive demand declined during CY2020 due to COVID -19 related impact, EVs remained the bright spot with approximately 40 per cent growth over the previous years.

Globally, it said, EVs now account for 4.4 pc of new car sales during CY2020 and their share is likely to cross 5 pc-level in CY2021. ICRA believes that while the transition to EVs is inevitable, the pace of penetration will be relatively gradual in India unlike global markets like China, Europe, and USA.

Giving more insights, Mr. Shamsher Dewan, Vice-President & Group Head – Corporate Sector Ratings, ICRA, said, “It is heartening to see positive and proactive policy measures taken by Government of India as well as various state governments to accelerate EV transition in India. However, affordability and range anxiety continue to remain key challenges, especially in the passenger car and truck segment and penetration levels are likely to remain low over the medium term. The absence of local supplier ecosystem and high dependency on imports make things tougher. Nonetheless, segments like scooters, 3W and SCVs have already achieved TCO parity with conventional vehicles due to the low operating cost and attractive subsidy support, and are thereby expected to become early adopters of EVs in India. We expect share of EVs to reach about 8-10% level in two wheelers, and over 30% in 3W by 2025. The penetration levels in cars and trucks are likely to remain low in the medium term.”

Furthermore, operating cost metrices continue to favour electric 2W and 3W for commercial operations, in-fact e3W over life of the vehicle will be much more cost economical than its CNG counterparts. India can capitalize on its vast 2W and 3W segment, to emerge as leading manufacturer of e2W and e3W, globally; however, it will continue to lag in electric car segment.

Unlike the car segment where China has massive lead, ICRA believes that India can still work on electrifying its 2W and 3W segment due to favourable total cost of ownership and huge volume which translates into economies of scale benefits.