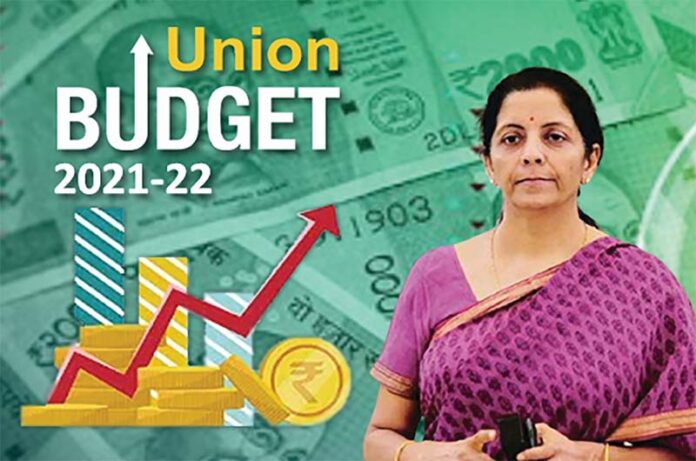 Presenting the first Budget after the pandemic, which ravaged the economy globally, and in India, the task before the Finance Minister Mrs Nirmala Sitharaman was daunting but, one must say, she came out trumps! The Union Budget 2021-22 presented by her on February 1 carries a strong focus on reviving economy and stimulating demand, thereby, turning out to be a progressive one on all counts.

The automobile industry, which too bore the brunt of the pandemic-induced lockdown but was quick enough to tread the recovery path once the country opened up, had huge expectations from the Budget and the FM has not disappointed it, to a large extent. Apart from announcing a voluntary scrappage policy, which it had been demanding for long, the Budget 2021 proposed several measures intended to help the sector in its growth trajectory in the year ahead.

Be it the strong thrust on infrastructure development, allocation to support acquisition of over 20k buses, reduction in custom duties for steel products or doubling of outlay for the MSME sector, the Budget offerings have largely comforted the automobile industry. Not without reason, it has applauded the FM’s effort in one voice, with the loudest cheer being reserved for the announcement of a voluntary scrappage policy for old vehicles.

However, an increase in custom duty on some auto parts, no tweaking of GST on automobiles, no relief on personal income tax and lack of any direct announcement for EVs in the Budget 2021 have caused a bit of disappointment. In fact, the pre-Budget recommendations by the industry have mostly been sidestepped. It is now being hoped that the Government will pay heed to them during the course of the year.

Coming after a wait of over a decade, the vehicle scrappage policy is certainly the biggest takeaway of the Budget for the automobile industry. Announcing the policy, Mrs. Sitharaman said, “This will help in encouraging fuel-efficient, environment-friendly vehicles, thereby reducing vehicular pollution and oil import bill. Further, she said, “vehicles would undergo fitness tests in automated fitness centres after 20 years in case of personal vehicles, and after 15 years in case of commercial vehicles.” Details of the scheme will be announced later by the concerned ministry, she said.

The industry is hopeful that besides serving the cause of a clean environment, the policy would spur the demand for passenger and commercial vehicles. It is also hopeful that the scheme will be incentivised sufficiently and also designed in a manner that it pushes the adoption of electric vehicles. Though the policy announced by the FM is voluntary, making the fitness check of vehicles mandatory would have made the industry happier.

In another boost to the sector, the minister announced Rs 18,000-crore support for acquisition of over 20,000 buses. “A new scheme will be launched at a cost of Rs 18,000 crore to support augmentation of public bus transport services. The scheme will facilitate deployment of innovative PPP models to enable private sector players to finance, acquire, operate and maintain over 20,000 buses”, she said in her Budget speech. The move is bound to push demand in the commercial vehicle industry, which is still to recover from sluggishness caused by lockdown-related curbs.

The highest-ever allocation of Rs 1,18,101 lakh crore to the Ministry of Road Transport and Highways for highway infrastructure work is being seen as having the potential to boost heavy truck and tipper industry. Similarly, the doubling of the outlay for the MSME sector to Rs 15,700 crore this year is a cause for cheer as the auto component industry is dominated by MSMEs. The cut in customs duty on steel products to 7.5 per cent will bring down the input cost for automobile manufacturers, thereby benefiting the customers as well.

The major negative for the industry, however, is the Budget proposal to increase custom duty from 10 per cent to 15 per cent on vehicle components like frames and forks, wheel rims & spokes, hubs, brakes, saddles, pedals & crank gear etc. “There is immense potential in manufacturing heavy capital equipment domestically. We will comprehensively review the rate structure in due course”, said the FM while announcing the revision.

The proposal has not gone well with the industry as it will increase the cost of production and consumers will have to bear the brunt. The decision, apparently, is the Budget’s contribution to the cause of self-reliance (or atmanirbharta) but till the time the manufacturing of these parts gathers strength in India, the industry will be in an uncomfortable situation.

The Budget’s refusal to tweak tax structure for the automobile industry, which could have made the vehicles a little more affordable for people, is another negative. Also, the salaried class, among the biggest spenders in the automobile market, has not got any relief by way of income tax rate or slab restructuring. More liquidity available with this section would surely have given an impetus to vehicular sales.

The absence of any direct allocation for promotion of electrical vehicles or any major investment for strengthening the charging infrastructure is jarring, besides being surprising. With more and people veering towards an EV switchover, some kind of incentive from the Budget could have propelled the EV sales in the country. Also, nothing has been done to set right the inverted duty structure on batteries, a persistent demand of the industry.

Overall, the Union Budget 2021-22 has offered a few goodies to the automobile industry while also missing an opportunity to do more. But there is always a next time, which is not necessarily the Budget 2022. The sector is sanguine about more positive policy interventions from the Government during the course of the year.

The Automotive Component Manufacturers Association (ACMA), the apex body of the Indian auto component industry, in its recommendations to the Government for the forthcoming...
Read more
Industry Speaks

India’s auto parts makers recorded 65% growth in revenue in the first half of the fiscal 2021- 22 from a year earlier aided by...
Read more
Industry Speaks

As we head towards 2022, it’s time to reminisce about the year we are about to leave behind. Beyond doubt, 2021 was a year...
Read more
Industry Speaks

Electric vehicle market is likely to attract investments of Rs 94,000 crore over the next five years and is expected to generate business opportunities...
Read more
Industry Speaks

India needs to leapfrog to electric mobility and I feel there will be no internal combustion powered two-wheeler or three-wheelers in the country as...
Read more
- Advertisment -