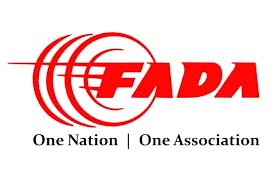 Federation of Automobile Dealers Association (FADA) the apex body for Indian Automobile Retailer has highlighted few issues to Honorable Union Finance Minister, Smt. Nirmala Seetharaman, which are hurting the growth of the Indian Automobile Industry and Auto Dealerships at large. The Association has bifurcated the recommendation into two different aspects Demand Revival Appeal (A) & Dealer Issue (B). We urge the government if the concerns are accommodated in the upcoming budget this could reenergize the auto retail trade, which in turn will bring back the sector and the entire automobile industry back on track and the overall economic growth too.

FADA’s Appeal No. A1: Introduce benefits of claiming depreciation on vehicles for Individuals paying Income Tax

• FADA requests the Finance Ministry to allow individuals to account for depreciation. This will not only help in increasing the number of individuals filing their IT return but will also help in igniting automobile demand (especially Two-Wheeler) from individuals and will thus up the GST collection for the government. The Vehicles depreciates for both Corporate as well as Individuals and it would hence be judicial that the Salaried Class should also get the same benefit.

FADA’s Appeal No. A2: Depreciation rate for vehicles

•  FADA requests for reintroduction of Depreciation Scheme which was valid only till 31st March’20 to be further extended for FY 2022-23. Dealer body is thankful to the government for increasing the depreciation rate for all types of vehicles purchased before 31st March 2020 as a temporary measure to revive growth.

FADA’s Appeal No. A3: Regulation of GST rates to boost volumes in Two-Wheeler Automobile sales.

• To bring the Industry and Auto Retail Trade back on growth path, FADA requests the Ministry to regulate and reduce GST rates on Two Wheelers to 18% and continue to move our nation to global leadership. It is noteworthy that the 2W is used not as a luxury but as a necessity to travel distances by lower class and rural segment for their daily working needs. Hence the rationale of 28% GST + 2% cess which is for luxury / sin products does not hold good for the Two-Wheeler category.

• At a time, when vehicle prices are increasing after a gap of every 3-4 months due to continuous price hike in metals and various other factors, a reduction in GST rate will counter the price hike and help spur demand.

• The Association believes that the growth in demand and the ripple effects it will have on many dependent sectors will increase the tax collections and in the mid to long term will actually be revenue positive along with getting positivity in the overall consumer sentiment and thereby the overall economy.

FADA’s Appeal No. A4: Reduction in GST rates for Used Cars To 5%

• The used car business occupies 1.4 times the size of new car market, accounting for 5-5.5 million cars per annum with a turnover of over Rs. 1.75 trillion. Authorized dealers account for only 10-15% of this trade, which is also the organised sector thus paying taxes.

• In case the used car is purchased from end consumer by the dealer, no ITC will be there to be claimed by the dealer since, neither the tax has been paid under forward charge nor under RCM. In such a situation there will be cascading to the extent of value addition by the dealer.

•  The Association therefore requests for a uniform GST rate of 5 % on the margin for all used vehicles, to create a win-win situation for the Government, Dealers, and Vehicle Owners. With the reduction in GST, it will help the industry to shift from unorganized segment to organized segment thus bringing in more business under the ambit of GST helping in putting brake on tax leakages.

FADA’s Appeal No. B1: Reduction of Corporate Tax for LLP, Proprietary & Partnership Firms

• The government has reduced corporate tax to 25% for private limited companies with turnover of up to Rs.400 crores. The same benefit should also be extended to all LLP, Proprietary and Partnership firms as most traders within the auto dealership community fall in this category. This will help boost morale and sentiment of the traders which employ 5 Mn people, out of which 2.5 million employees are on direct employment. The auto trading community in its truest sense is the employment generating mechanism for the country as it does not displace employees and gives them employment in their home locations!

The Automobile Sector is not only one of the biggest employment generators, but is also continuously skilling its workforce to keep them updated with the ever-changing technology.

Hence, to make the sector foster growth, the association requests the government to take bold steps. Auto industry is the barometer of any country’s economic performance. FADA believes If the Industry is doing good, the nation’s economy will also be doing good! FADA urges the Honorable Union Finance Minister, Smt. Nirmala Seetharaman, to look at Auto Industry and especially Auto Dealerships as one of the spokes in the nation’s wheel of growth. The Association looks forward to a serious consideration to its requests and suggestions and due recognition as being one of the contributors towards our nation’s past, current and future progress.