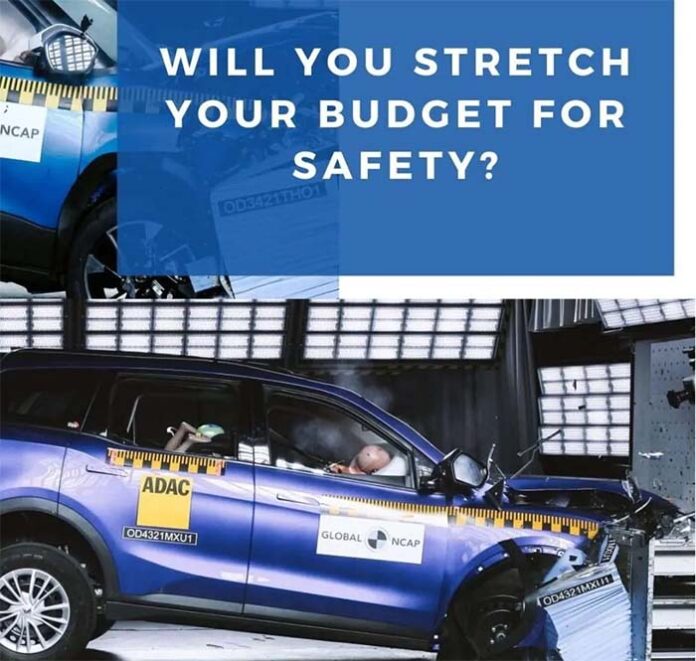 Mobility Outlook, a brand of CarTrade Tech, recently released a survey that ex customers’ automobile purchase habits as well as their attitudes towards safety, security, and associated technology.

Nearly 2,70,000 responses from all across the country were gathered and analysed for the survey, titled ‘Indian Consumers’ Safety Behaviour and Perception of Vehicle Security’. Frost & Sullivan, Mobility Outlook’s validation partner, subsequently conducted a comprehensive analysis.

Making safety features mandatory has had a positive impact on their awareness as most of the respondents were acquainted with these. ABS, airbags, roll-over mitigation, and other safety features were familiar to the responders, according to the survey.

The survey’s finding that one-third of respondents were uncertain about safety features in their current vehicle demonstrates a dearth of effective marketing and awareness campaigns, said a press release issued by Mobility Outlook.

When asked about safety features they would consider for their next purchase, the vast majority picked critical safety features, with only 16 per cent stating ‘not particular’.

One of the survey’s significant outcomes was that three-fourth of respondents preferred to explore 4 or 5-star rated safety vehicles for their future vehicle purchases, and were willing to extend their budget for safety. This finding indicates a rising feeling of responsibility among the customers.

One of the survey’s major takeaways was that respondents ranked Tata Motors, Maruti Suzuki, and Honda Cars as the vehicles with the most security features.

Commenting on the survey, Mr. Banwari Lal Sharma, CEO – Consumer Business, CarTrade Tech, said, “The automotive industry is experiencing an industry transformation, with new security and safety features being introduced and incorporated. At the same time, this may bring a significant amount of complexity to the customers’ experiences. Hence, the automotive industry and its stakeholders need to understand how customers perceive such advancements.”

Vehicle registration showed improvement in August when compared MoM although it was down by -26.81 per cent on YoY basis, according to the Monthly...
Read more
Recent Comments

We are constantly working to foster growth...

Industry has come to global standards on...

With the integration of Volvo Buses India...

Nissan India on August 5 highlighted the design philosophy behind Nissan Magnite concept. Designed to ignite the imagination and aspirations of those who desire...
Read more
- Advertisment -