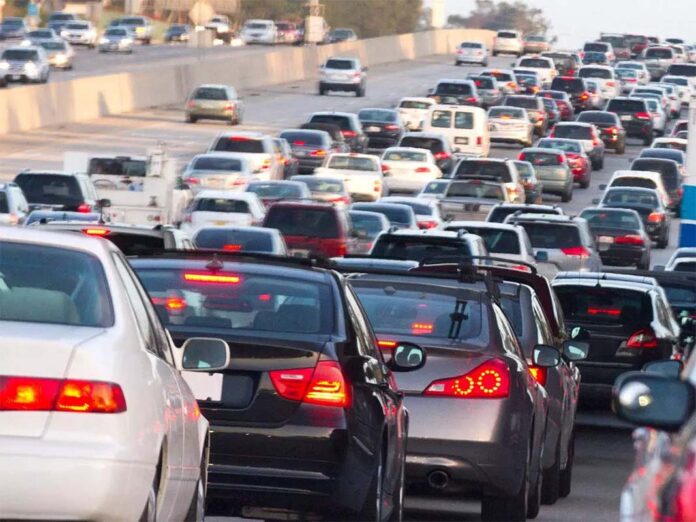 The PV segment continued its steady run by showing a growth of 10 per cent YoY due to better availability of semi-conductors, new launches and feature rich products that kept customers glued to dealerships during the festive period. The waiting period continued to range between three months to 24 months especially for SUVs and compact SUVs which have become the absolute choice for customers.

The two-wheeler segment showed a minimal growth of 9 per cent YoY due to inflation that made vehicle loans expensive. While India is showing signs of revival, two-wheelers especially entry level vehicles are finding extremely less buyers thus dragging the entire segment.

The three-wheeler segment continues to see structural shift from ICE to EV. This is also reflected in extremely healthy growth rate of e-rickshaws. Apart from better availability of vehicles with full range products including alternate fuels, customers have started using public transport and rickshaw service thus fueling demand in this segment.

While the CV segment grew by 19 per cent, it is the HCV segment which showed a healthy growth of 40 pc YoY. Reasons like better availability of vehicles, festivities, bulk fleet purchase and government’s continued push for infrastructure development made this segment shine.

In the passenger vehicles segment, Maruti Suzuki sold a total of 176,306 units in September 2022, against 86,380 units sold in the same month last year. The shortage of electronic components had a minor impact on the production of vehicles, mainly in domestic models, the company informed.

Mr Shashank Srivastava, Senior Executive Director, Maruti Suzuki, said, “It is the second-best month for the company in 42 months. It is for the first time that the one million sales mark was breached by the industry in a quarter.”

Mr Rakesh Srivastava, Managing Director, Nissan Motor India, commented, “We are happy to sustain our sales momentum in domestic and export markets. The festive season has contributed to an increase in demand for the Nissan Magnite across markets on the strength of its value proposition. We are hopeful the momentum will continue with improvement in supply and customer sentiments.”

Toyota Kirloskar Motor registered growth of 66 per cent as the company sold a total of 15,378 units in the month of September 2022 over 9284 units sold in September 2021. Similarly, South Korean carmaker Kia said its domestic sales in September was led by Seltos with over 42 per cent contribution, clocking 11,000 units.

Honda Cars India Ltd. (HCIL), recorded monthly domestic sales of 8,714 units in September 2022 registering a growth of 29 pc over the same period last year. The export numbers for the company stood at 2,333 units.

In the commercial vehicles segment, Tata Motors sold 9,983 units of M&HCV, 5,144 units of I&LCV, 2,287 units of passenger carriers, along with 15,565 units of SCV cargo and pickup in the domestic market. According to Girish Wagh, Executive Director, Tata Motors, “Tata Motors CV business registered a 20 pc growth in domestic sales during the quarter and this growth was led by stronger sales of MHCVs and a robust recovery in passenger carriers demand. Improving fleet utilizations, pick up in road construction projects and increase in cement consumption catalyzed the demand recovery for MHCVs.”

Among two-wheelers, Hero MotoCorp dispatched 480,237 motorcycles and 39,743 scooters in September 2022. “Heading into the peak festive season, the company remains optimistic about customer demand over the coming weeks. The normal monsoon across most parts of the country and the encouraging farm activity is likely to contribute towards positive customer sentiments,” a company release informed.