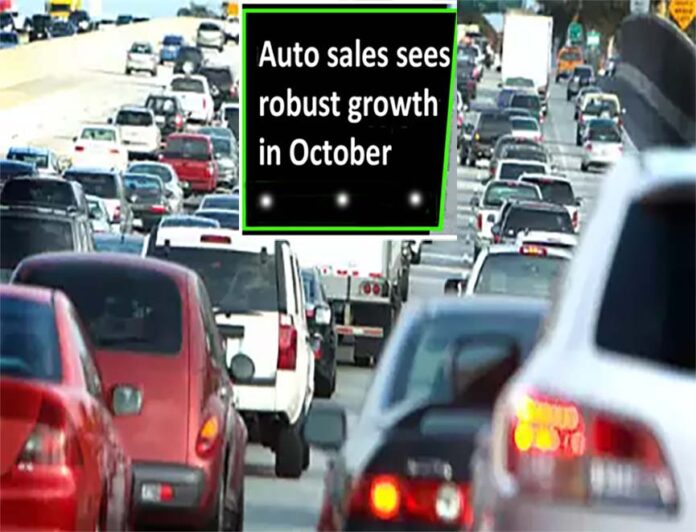 In the backdrop of festive season, automobile sales witnessed robust growth as total sales went up by 48 per cent in the month of October 2022 as compared to the same period last year. Commenting on it, FADA President, Mr. Manish Raj Singhania said, “Auto retail for the month of October 2022 saw an overall growth of 48 pc. With most of the month under festive period, the sentiments were extremely positive across all categories of dealership outlets.”

The festive month brought cheers to the industry as for the first-time customers of every category came out in good numbers and took part in festive purchases thus making it the best in last four years. As anticipated earlier, PV segment showed a growth of 41 per cent Year-on-Year with total sales at 328,645 units in October 2022 as against 233,822 units in the same month last year. The segment continues to see extremely high demand especially in SUV and compact SUV segments including higher variants in most of the product categories. While the PV segment continues to outperform, demand in entry level segment continues to show some softness.

Mr Rakesh Srivastava, MD, Nissan Motor India, said, “Festive season has strong momentum of increased number of deliveries, with customer preference for early delivery and ease of finance. Preference of customers was for SUVs specially amongst the first time and replacement buyers.”

The commercial vehicles segment continues to come back on track by growing 25 per cent year-on-year. Festivities ignited better fleet sales with mining and infrastructure projects increasing in various regions, demand has been keeping well and is also coming back on track. The segment is anticipated to see continued demand due to rising infra projects and government spending.

The market leader in the CV segment, Tata Motors reported domestic sales at 27,467, growing by just 4.7 per cent. The company sold 26,236 units in the same month last year. Its sales in the passenger carrier category reported the highest YoY growth to 1,759 units in October this year, up from 958 units in the year-ago period. However, a major portion of its sales that come from SCV cargo and pickup dropped 8 per cent YoY to 15,618 units in October 2022, from 17,025 units in October last year.

The three-wheeler segment showed a massive growth of 66 per cent as compared to the year ago period. The sub-category figures clearly show that shift is happening towards EV adoption while ICE vehicles are no more favourites. In few pockets due to permit issues, new vehicle sales have taken a hit during the month.

The two-wheeler segment showed a huge growth of 51 per cent YoY and for the first time. With both Navratri and Deepawali majorly falling in a single month, the month of October saw double foot fall at Dealerships. Dealers say that sentiments have also started improving at the rural level but the same needs to sustain for at least next 3-4 months. Apart from this, new launches and good customer schemes also played a pivotal role in helping revival in demand.