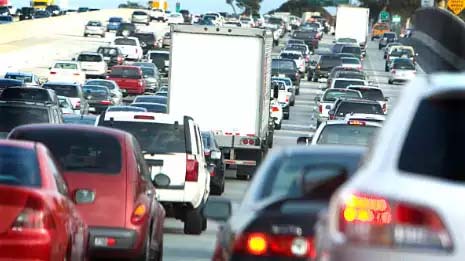 The auto sales momentum carried on in the month of February with data showing that passenger cars volume surpassed the pre-COVID sales of the corresponding month last year. Two-wheelers also put up an improved performance with six of the top seven manufacturers reporting growth.

In February, OEMs registered cumulative sales of 3,08,611 units of passenger cars against the previous month’s 3,03,904 units. The industry sold 2,56,645 units in February last year. This translated to MoM and YoY growths of 1.55 per cent and 20.25 per cent respectively.

Maruti Suzuki, which turned out to be the biggest contributor as usual, recorded sales volume of 1,44,761 units. The largest carmaker in the country sold 1,39,002 units in January this year and 1,33,702 units in February last year. The company recorded MoM and YoY growths of 4 per cent and 8 per cent and captured a 46.9 per cent share of the market.

South Korean giant Hyundai dispatched 51,600 cars to dealerships across India. While it accounted for a decline in MoM sales by 1 per cent, the company registered a YoY growth of 29 per cent.

Tata Motors’ overall domestic sales in February stood at 58,473 units against 38,002 units in the same month last year registering 54 per cent growth. Its passenger vehicle sales stood at 27,225 units, against 12,430 units in February 2020. The company’s current generation models including the Harrier, Altroz, Nexon and the revival of Safari SUV helped it record a YoY jump of 119 per cent in sales.

Kia Motors, with sales of 16,702 cars, witnessed a fall in MoM sales of 12 per cent and an increase in YoY sales by 7 per cent.

Mahindra, despite huge impending orders of Thar, was able to deliver only 15,380 cars last month, recording MoM de-growth of 25 per cent. However, the homegrown brand showed a YoY growth of 43 per cent.

February proved to be a very good month for Toyota as the Japanese carmaker recorded its highest monthly sales in two and a half years. This was mainly due to the recent launch of its face-lifted premium SUV, Fortuner. The company dispatched 14,069 units during the month, witnessing MoM and YoY growth of 26 pc and 36 per cent respectively.

While the French brand Renault, with 11,043 units, recorded MoM growth of 35 per cent, Japanese carmaker Honda (9,324 units) registered de-growth of 18 per cent. Both automakers registered positive YoY growths of 26 per cent and 28 per cent respectively.

In the two-wheeler segment, Hero MotoCorp led from the top reporting growth at under a per cent. Wholesales were at 4,84,433 units, up from 4,80,196 units. Honda two-wheelers gained significantly at 30.54 per cent growth. TVS reported 15 per cent YoY growth at volume gain of over 25k units. Royal Enfield reported 6.42 per cent growth while its volume gain was below 4k units.