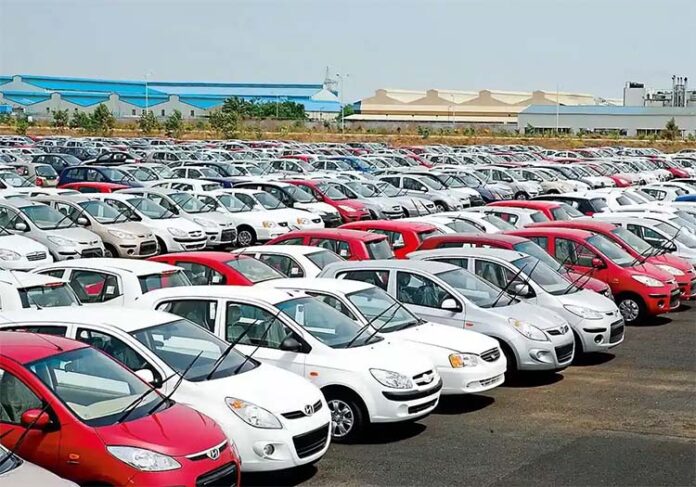 September turned out to be a discouraging month for the automotive industry with most OEMs registering de-growth in terms of sales. Reports suggested that issues like increase in input costs and semiconductor (chip) shortage hit production capacities of companies, which, in turn, led to lower sales. Hopes are now pinned on the festive season, which is almost here.

The de-growth in the industry was led by market leader Maruti Suzuki India, which posted a 39 per cent decline in sales in September as compared to the previous month. The Y-o-Y sales decline was even bigger – a whopping 57 per cent with wholesale numbers at 63,111 units against 1,47,912 units in the same month last year. However, exports for the company grew 124 pc during the month.

“Sales volume of the company in September 2021 was adversely impacted due to shortage of electronic components. The company took all possible measures to limit the adverse impact”, the company said. The carmaker also said it was expecting vehicle production at two of its plants to be only around 60 per cent of normal levels in the month of October due to a global chip shortage.

Homegrown auto major Tata Motors further cemented its position as the third largest OEM in the PV segment by witnessing an impressive 21 per cent growth in sales when compared to September last year. However, at 25,730 units sold during the month, the company saw de-growth of 8 per cent over August sales.

The market leader in the EV segment stated that the company for the second month in succession crossed the 1,000-unit milestone for EVs. Mr Shailesh Chandra, President, PVBU, Tata Motors Ltd, said, “EV sales recorded nearly a three-fold growth with the rising acceptance and popularity of Nexon EV and Tigor EV. Looking ahead, the demand for cars and SUVs is expected to remain strong in the forthcoming festive season; however, the supply situation for electronic components may continue to witness challenging times.”

The other major manufacturers, including Kia, Mahindra, Toyota, Renault, Honda, MG, Nissan and Skoda, too, registered double-digit decline in their sales numbers when compared with August 2021, according to media reports.

Although two-wheeler OEMs witnessed growth on a sequential basis, the segment was mostly in the red on Y-Y basis. While Hero MotoCorp reported de-growth in domestic sales, its exports grew 35 per cent to 24,884 units as against 18,425 units in September 2020. Pune-based Bajaj Auto reported a 16 per cent decline in total domestic sales at 1,92,348 units, over the year-ago period. It had sold 2,28,731 vehicles in September last year.

The year 2021 has come to an end but not many of the challenges it has borne. From COVID restrictions, supply chain bottlenecks, global...
Read more
Statistics

Festive season sales, which reportedly account for 40 per cent of the annual vehicle sales in the country, have not been encouraging this year....
Read more
Statistics

With the easing of lockdowns and travel restrictions in several states, almost all the major carmakers witnessed substantially high sales in July. Besides the...
Read more
Statistics