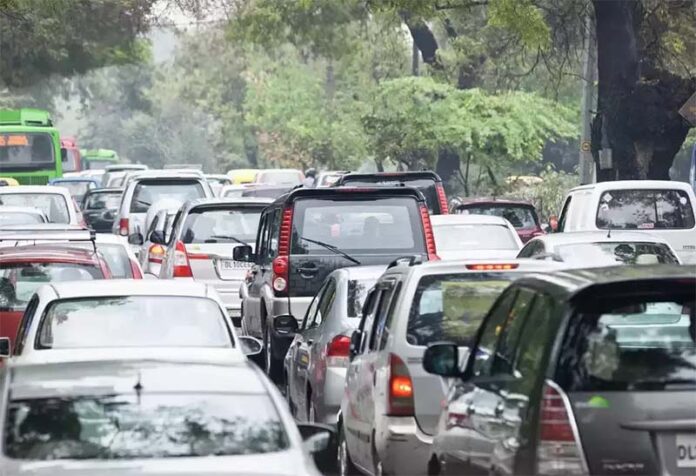 The year 2021 has come to an end but not many of the challenges it has borne. From COVID restrictions, supply chain bottlenecks, global semiconductor shortage, faltering production schedules, increase in commodity prices, rising vehicle prices, to the spike in fuel prices still persist. As in the rest of the world the automobile industry in India also has been traversing through a difficult road. However, there was some solace in exports and in the sales of electric vehicles in the year gone by.

In the last month of 2021, the dispatches for the industry continued to remain a mixed bag. While the consumer sentiment remained positive for carmakers, its recovery was hampered by the ongoing chip shortages. Two wheelers and tractors remained in the red. However, commercial vehicle wholesales to dealers are turning to green.

Below is a segment-wise report of the vehicle sales in December 2021.

Country’s largest carmaker Maruti Suzuki India Limited (MSIL) reported a 13% drop in its domestic PV dispatches to the dealers. Total domestic sales (including passenger vehicles and light commercial vehicles) stood at 126,031 units in December 2021, as against 146,480 units in the same month in the previous year.

An exceptional development during the month was a change of positions. South Korean Hyundai Motor India, which is usually the second largest carmaker in the market saw a drop in sales and homegrown Tata Motors grabbed the spot for the first time in about a decade. Tata sold 33,044 ICE cars and 2,255 electric cars in December 2021.

Records were also created on the EV front as sales witnessed a new peak of 5,592 units in Q3 FY22. Consequently, EV penetration touched 5.6% of PV Sales during the quarter versus 1.8% in the same period last financial year. Going forward, semiconductor supplies will remain the key source of uncertainty. Additionally, the impact of the new strain of Covid needs to be closely tracked. We will continue to work on a business agility plan and take proactive actions to mitigate these risks, he said.

With the slowest recovery of the rural sector after the second COVID wave, this segment has not taken off to reach the year-ago level. Added to this was the exorbitant rise in fuel prices which has subdued the demand of the entry-level affordable motorcycles and scooters in particular.

Country’s largest two-wheeler maker Hero MotoCorp reported a decline in its domestic sales in December, and said it continues to monitor the on-ground situation, although localized restrictions imposed by certain states in the wake of rising Omicron cases will continue to restrict the customer movement.

Commercial vehicle sales reflect the state of the country’s economy. With the numbers available so far, OEMs witnessed a growth in YoY sales volumes in December 2021. This could also be attributed to the low base of last year. Mr Girish Wagh, Executive Director, Tata Motors Ltd,  said domestic CV sales in Q3 FY22 at 90,529 units were about 15% higher than in Q2 FY22 and 10% higher than in Q3 FY21.

According to him, the retail was ahead of wholesale by 15% in December 2021, enabling inventory alignment. The SCV and ILCV segments continued to benefit from the growth in e-commerce and the increasing need for last-mile delivery. Construction and infrastructure spending by central and state Governments plus rising activity in sectors such as mining, petroleum-oil-lubricants and allied industries facilitated the demand for M&HCVs.

“Going forward, we expect the situation to remain fluid as the semiconductor shortage continues, instances of Covid begin to rise and underlying demand continues to remain under pressure. We are keeping a close watch on the evolving situation and sharpening our agile, multi-pronged approach to fulfil customer orders,” he said.

Hemant Sikka, President – Farm Equipment Sector, Mahindra & Mahindra Ltd, said, “Degrowth in December has been on account of a combination of factors, including high base of last year and both delayed and very heavy rainfall in some geographies. We expect momentum to recover in the coming months on account of good progress of Kharif procurement bringing liquidity in the hands of farmers and Rabi acreage showing signs of growth over the previous year.” The company sold 1582 tractors in the exports market, marking a growth of 27% over the previous year.

As per Escorts, rural cash flows started to improve, but industry wholesales were impacted during the month of December 2021 due to high base last year. “Going forward, all macroeconomic factors including healthy water reservoir level remain in favour of the tractor industry. We have taken price increases, but rising inflation continues to be a worry,” Sikka said.