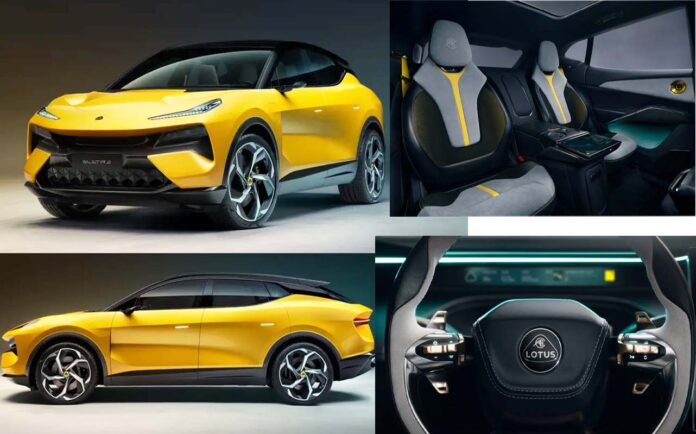 The company says that it will take just 20 minutes to charge all three variants from 10 to 80 per cent using a DC rapid charger. It has an 800V architecture and can support DC charging at up to 350kW. The Eletre R also comes with Track Mode, which offers a lowered ride height, more performance-oriented settings for the dampers and anti-roll control, a fully open active grille, and launch control. Moving on to the interior, the electric SUV gets man-made fibre for the carpets and boot liner that’s both 100 per cent recycled and 100 per cent recyclable the SUV also feature a massive glass roof and the company says that the cabin has been designed to keep space and comfort in mind.

In terms of equipment and features, the SUV gets a massive 15.1-inch OLED centre screen with Lotus Hyper OS. The system runs on two Qualcomm 8155 System-On-Chips. The infotainment system gets on-board Navigation, EV range assistant and predictive routing, which are also updateable over-the-air and these technologies have been provided by HERE Technologies. The Eletre is also the first car to combine audio technology from Dolby Atmos and KEF Audio.