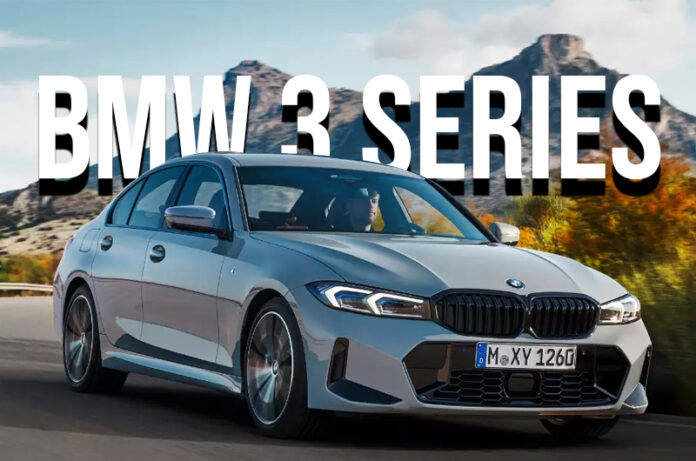 After teasing the 3 Series facelift, BMW has now revealed the updated luxury sedan globally, alongside the Touring version. The new models will be produced at BMW Group Plant Munich, while the new 3 Series sedan will also be made at BMW Group Plant San Luis Potosi in Mexico. BMW has confirmed that the new 3 Series will be launched in foreign markets in July this year. As compared to the pre-facelift version, the 2022 3 Series comes with refreshed external styling, drastically updated interiors with a range of extra features and tech.

On the outside, the new 3 Series gets a wider kidney grille at the front, flanked by slighltly updated headlamps with refreshed LED elements. The front bumper now comes with a larger air dam, with L-shaped vents on the corner. BMW has also updated the bumper, which now comes with a larger air dam at the centre, along with L-shaped corner vents at either end. The rear bumper has been revised too, and it looks sportier than before.

Inside the cabin, the 2022 3 Series sedan now comes equipped with the latest BMW Curved Display as seen on the iX electric SUV, as well as the new 7 Series sedan. The large freestanding display consists of 14.9-inch infotainment system as well as a 12.3-inch digital instrument cluster merged together into a single fully digital unit.

The 3 Series continues to be offered with a range of petrol, diesel (with 48V mild-hybrid system), and petrol-electric plug-in hybrid powertrains. The power output ranges from 182 hp in the entry-level 320i trim, going all the way up to 369 hp on the range-topping M340i with the option of BMW’s xDrive four-wheel drive configuration.

An 8-speed Steptronic auto transmission is standard. Do note that pricing for the new 3 Series facelift is yet to be revealed. As far as an India launch is concerned, we expect it to take place by the end of this year. Upon arrival, the new 3 Series will directly go up against the recently launched new-gen Mercedes-Benz C-Class.