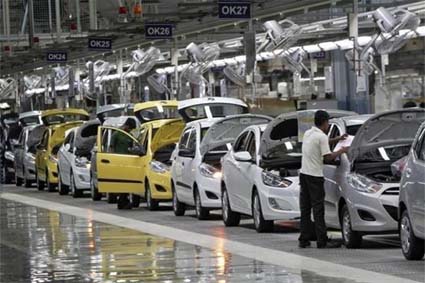 A majority of automobile manufacturers ended 2020 on a positive note, registering good wholesales growth, and entering the New Year with renewed hope and optimism.

Market leader Maruti Suzuki India dispatched 1,40,754 passenger vehicles to dealers in December 2020, a growth of 14.6 per cent year-on-year. In addition, the sales of the company’s light commercial vehicle Super Carry more than tripled to 5,726 units, while its exports rose 31.4 per cent to 9,938 units.

South Korean brand Hyundai posted highest-ever sales for December at 47,400 units, registering a Y-o-Y an increase of 25 per cent. This was, however, slightly lower than 48,800 unit sales registered by the carmaker in November 2020 which resulted in M-o-M decline of 3 per cent. Mr SS Kim, MD & CEO, Hyundai Motor India Ltd, said the firm achieved the milestone of highest production in a single month with 71,178 units last month. “We are proceeding with cautious optimism and positively anticipate green shoots of recovery in 2021”, he added.

Tata Motors’ domestic PV sales zoomed 84 per cent Y-o-Y to 23,545 units, an M-o-M growth of 9 per cent. The company has been witnessing a considerable jump in sales over the past few months and is currently the country’s third-largest passenger vehicle manufacturer. Mr Shailesh Chandra, President, PVBU, Tata Motors, said, said in Q3, PVs posted a growth of 89 pc — the highest-ever sales in the last 33 quarters adding that retail sales in December were 18 per cent higher than wholesales and that pipeline inventory remained thin.

Mahindra gained the fourth spot with 16,182 units sold in December. While its M-o-M sales declined 10 per cent, the company witnessed a positive Y-o-Y growth of 6 per cent. Mr Veejay Nakra, CEO, Automotive Division, M&M, said the demand remained strong even after the festival season. “Our overall sales have been affected due to the continuing supply chain challenges specifically the supply shortage of (semiconductors) used in the Electronic Control Unit”, he said.

In the two-wheelers segment, Hero MotoCorp saw its domestic sales grow 5 per cent to 4.27 lakh units. According to the company, the December volumes indicated the continuously improving consumer sentiment. “Hero MotoCorp [clocked] its best-ever third quarter, with a 19.7 per cent growth over [a year earlier],” it said. While Yamaha Motor India saw its total sales rise 33 per cent to 39,224 units, Royal Enfield said its domestic sales rose 35 pc to 65,492 units.