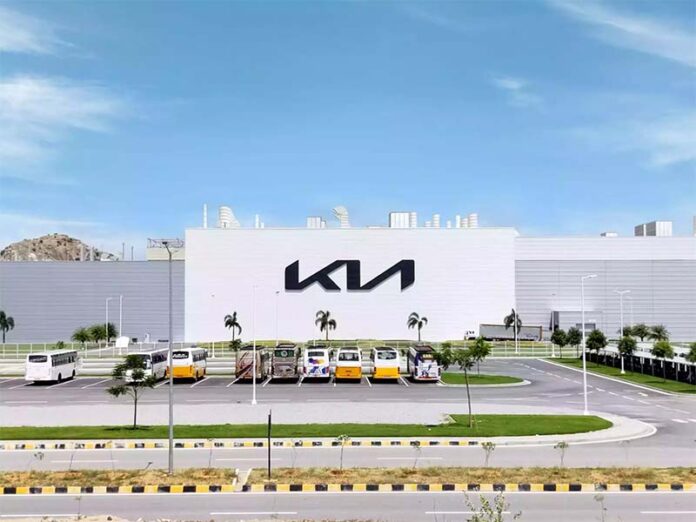 Riding on its big success in the Indian market, the Korean carmaker Kia India plans to increase its annual production capacity to 4 lakh units from 3 lakh units by the year-end. The capacity expansion would be through efficiency enhancement rather than by creating new production lines, a top company official said.

“We are working on putting an additional capacity of 100,000 units in India by the end of this year. This will be mainly by way of enhancing the efficiency,” Tae-Jin Park, Managing Director and CEO, said on the side-lines of an event here on Wednesday. The company has a total installed capacity of 3 lakh units which is being fully utilised in three shifts. He did not divulge any details on investment or about any new production line. “As of now we are not sure how the market will evolve looking at the pandemic situation in some parts of the world and also supply chain crisis due to chip shortage. This additional capacity can be managed with efficiency enhancement and may not need a new production line,” he added.

In the first 2 and a half years, the Korean car maker has produced over 5 lakh cars in the country and exported over one lakh units from India to West Asia, Africa etc. Kia India also claimed to have become one of the leading exporters of utility vehicles in the country, with a market share of over 25% in 2021.

Kia has been selling only compact SUVs and MPVs in the country. When quizzed if SUVs will remain the core focus of the company going forward, Tae-Jin Park said, “Why not, we have a demand for SUVs and we will continue to focus on the same.”

Interestingly, OEMs for the first time sold more utility vehicles than cars in India in 2021-22. Carmakers dispatched 1,489,178 units of SUVs and MPVs to their dealer network in FY22 as against 1,467,056 units of cars. This also upset the market, and helped the Korean carmaker cut over 6% market share in the Indian passenger vehicles space and emerge as the country’s 5th largest manufacturer.