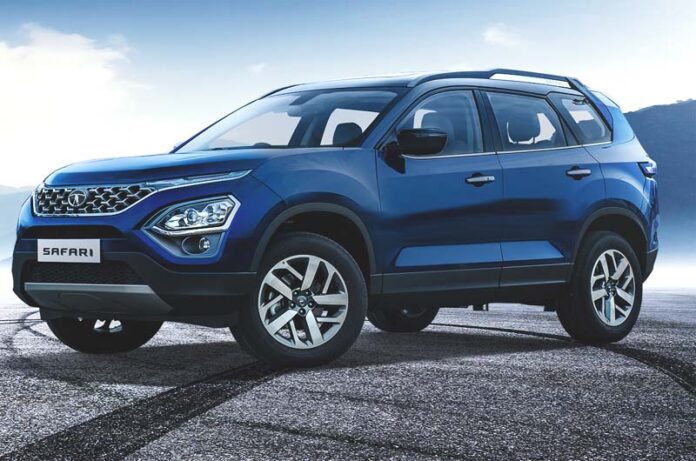 TATA Motors opened bookings for the all-new Safari starting February 4. The vehicles have been displayed and are available for test drives across the company’s dealer network. The price announcement and deliveries of the iconic SUV will begin on February 22. Earlier, in a flag-off ceremony held on January 14, the first Safari rolled out of the line from company’s plant in Pune.

Unveiling the first official look of the new Tata Safari, Mr. Guenter Butschek, CEO & MD, Tata Motors, said, “The Safari is our flagship offering to connect the aspirations of the discerning and evolved Indian customer. It had introduced India to the SUV lifestyle and in its new avatar, will carry forward this rich idea to build further its legacy.”

Announcing the bookings, Mr. Shailesh Chandra, President, PVBU, Tata Motors, said, ‘The new Safari has received a great response especially with respect to its premium design and outstanding comfort in all three rows of seats during the preview drives by our media friends. We are gearing up in full power to launch our iconic brand in this new avatar.”

A press release said, the all-new Safari is ready to re-energise the SUV segment with a host of class-defining features. Safari’s unique and domineering stance has been enhanced in the new avatar and key areas like the elegant grille, the unmistakable stepped roof and the imposing tailgate have been given ultra-premium finishes. Sculpted impeccably with an uncompromised strong stance, imposing wheel arches and sharp R18 diamond cut alloys give it a robust look. Careful accenting of chrome gives the new Safari a jewel-like appearance, said the release.

The interiors of the new Safari have been crafted with exquisite deft to convey a classy, comfortable feel via diligently curated choice of features and the intriguing addition of superlative details.

The Safari will come with 170 PS Kryotec Diesel Engine equipped with a six-speed Automatic/ Manual Transmission.

The new Safari comes packed with features across trim levels making each variant desirable in its own way, said the release. The base XE variant offers dual airbags, all disc brakes, electronic stability program along with hill hold control and rollover mitigation, making it a well-rounded package for all. The Multi Drive Modes and touchscreen music system starts from XM variant onwards.

According to the press release, the new Safari further builds on the legacy of prestige and outstanding performance by combining Tata Motors’ Impact 2.0 design language with the proven capability of OMEGARC, architecture derived from D8 platform from Land Rover. It has evolved to satisfy the new-age SUV customers, who demand arresting design, unparalleled versatility, plush and comfortable interiors, outstanding performance for a modern, multifaceted lifestyle.