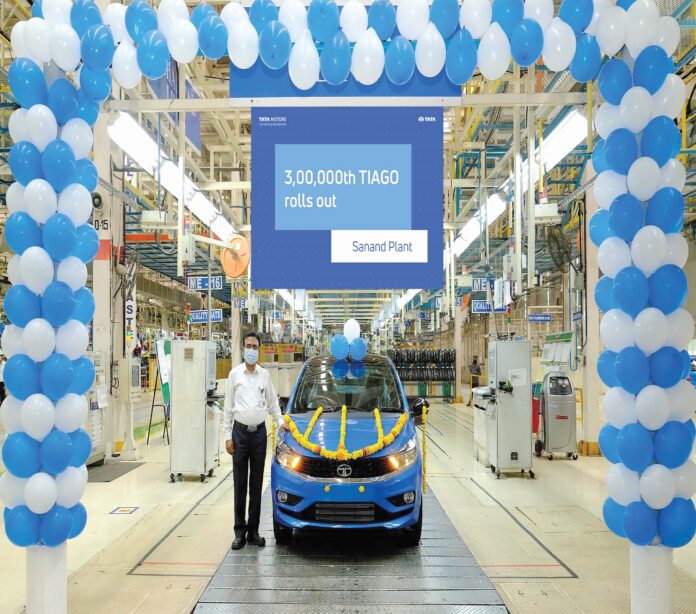 Tata Motors on September 22 rolled out the 3,00,000th Tiago from its Sanand facility in Gujarat.

Launched in 2016, Tiago has been lauded in most quarters for its groundbreaking design, technology and driving dynamics. It was the first product under the IMPACT design philosophy and brought to the market a host of segment-first features at the time of it launch, said a press release issued by the carmaker.

Tiago, added the release, became the highest selling hatchback in the country in August 2018. Earlier this year, the company launched the BS-VI version of the car, which also became the recipient of the 4-star adult safety rating, awarded by the Global NCAP.