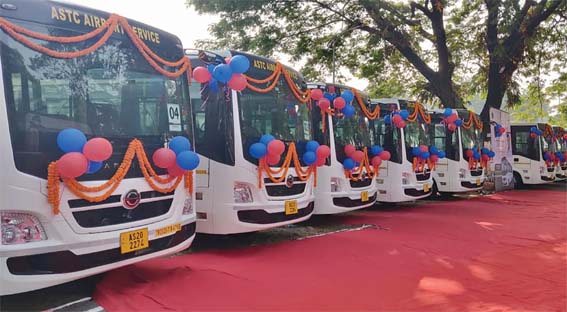 Daimler Bus India has received its first order of 20 AC buses in a successful bid for tender by the Government of Assam. The 1017 (10T) AC BharatBenz buses will be used for airport services, city and intercity transportation, according to a press release.

The buses are being delivered through BharatBenz’s authorised dealership Abutani Trucking in Guwahati.

The flag-off ceremony for the buses was done in the presence of Assam Chief Minister Mr Sarbananda Sonowal state Minister of Transport, Commerce & Industry, Mr Chandra Mohan Patowary. Representatives of the the Assam State Corporation were also present. The key-handover was done by Mr. Karl-Alexander Seidel, CEO & Head of Daimler Bus India.

Mr. Seidel said: “We are delighted that we won the bid of Assam State Transport Corporation. This is our first major foray into the STU segment and we will look out for more such suitable opportunities.”