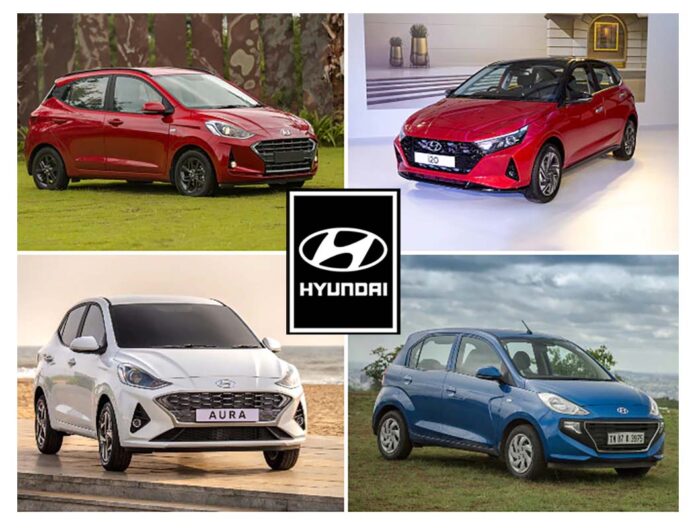 After increasing the prices of Venue, Creta and Alcazar, Hyundai India has announced a price hike of the Verna and Aura this month. In addition, it has also increased the prices of Santro, Grand i10 Nios and i20.

The company has increased the Hyundai Verna petrol prices by around INR 9,000 on most of the variants. The SX petrol variant witnessed a price hike of INR 13,000. The Verna diesel prices hiked by INR 9,000, excluding the SX and SX AT trims saw a price increase of INR 13,000.

The Hyundai Aura prices increased by up to INR 9,000 for all the variants. Additionally, the brand has removed the S(O) and AMT S variants from the Aura diesel variants. Now the Aura petrol range starts from INR 6.08 lakh and goes up to INR 7.87 lakh, while the Aura diesel range retails from INR 8.06 lakh to INR 9.50 lakh (all prices are ex-showroom, Delhi).

The Santro hatchback saw a price hike of INR 4,000 for Sportz, Executive, Era and Magna variants, while the Asta top-spec variant price has been increased by INR 3,000. Although, the Santro AMT variants price remain unchanged.

Besides, Hyundai India silently discontinued the Asta and Magna AMT variants. The Santro Sportz CNG trim gets a price hike of INR 3,000.

Hyundai is planning to launch the Ioniq5 EV in the Indian market later this year. In addition, it is also working to introduce the updated Creta and Venue across the country soon.