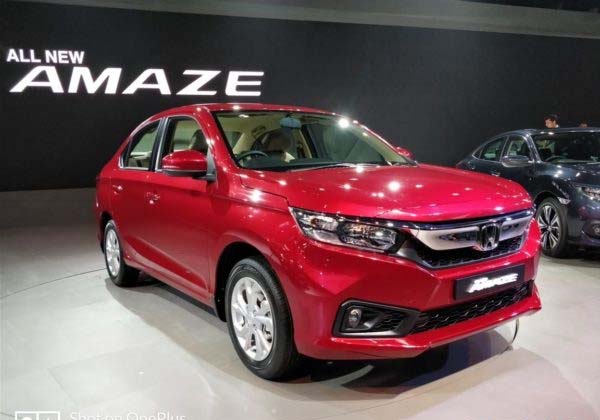 Honda Cars India on 17th December said the new Amaze has crossed two lakh retail sales milestone in the country. The company had introduced the second generation of the compact sedan in May 2018. The model is one of Honda’s most successful models in India with cumulative deliveries of over 4.6 lakh units since the introduction of the first generation model in April 2013.

“Honda Amaze is an important product for us and enjoys a strong market position in its segment. Amaze was specifically developed keeping Indian consumers in mind and the love and support it continues to receive from customers speaks volume for its wide acceptance. It drives volumes for our business and ranks among the country’s best-selling sedans,” Honda Cars India President and Chief Executive Officer Gaku Nakanishi said in a statement.

The delivery of the 200,000th unit of the second generation Amaze is a proud moment for Honda Cars India family and reaffirms its commitment to keep introducing more such class-defining products, he added. “We believe Amaze is a great choice for customers who expect enhanced status, comfort and peace of mind from their first car,” Nakanishi noted.

The car comes powered by 1.2 litre petrol and 1.5 litre diesel engines, mated with both manual and CVT transmission options. Honda’s entry level product in the domestic market, Amaze has been specifically developed for the Indian consumer, and exclusively Made in India. Consistent focus and strong cooperation with its suppliers based in India have helped the automaker to achieve more than 95 per cent localisation for the Amaze.