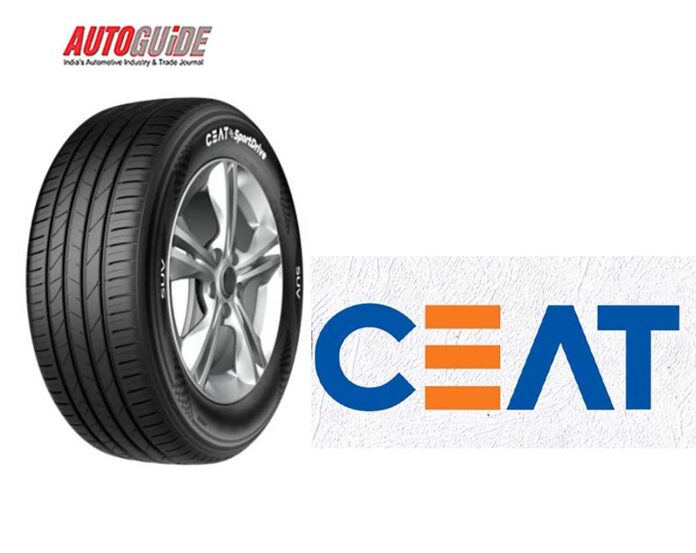 CEAT has been awarded five-star ratings for its premium platform of passenger car tyres as part of its efforts to conform to the new BEE (Bureau of Energy Efficiency) rating norms for tyres.

Mr Arnab Banerjee, COO, CEAT Tyres, said, “It is heartening, and a matter of satisfaction, that for several platforms of our premium car tyres for sedans and SUVs, we have been certified with five-star ratings issued by BEE. It is a vindication of our continued efforts to manufacture quality tyres for our customers. Star ratings provide a transparent and an industry-wide benchmark for a customer to be able to compare and make an informed decision while purchasing new tyres.”

The five-star ratings have already been awarded by BEE to several premium platform range of tyres manufactured by CEAT Tyres. These are SportDrive SUV tyres, SecuraDrive tyres for SUVs and premium sedans, and CrossDrive tyres. The star ratings for tyres are similar to star ratings which are awarded to consumer durables, such as air conditioners and refrigerators.

The expected BEE rating, once it becomes binding, will be applicable to almost all categories of radial tyres, other than for farm and earthmoving categories. The Government of India has recently launched the Star Labelling Programme for tyres meeting the regulatory standard. This is administered by BEE which awards star ratings based on the performance of domestically manufactured tyres in tests conducted by NABL accredited labs.  From the test results, a tyre’s star rating is awarded, based on the rolling resistance coefficient (while achieving minimum wet grip requirements).

At present, BEE star labelling is in voluntary phase. It is expected that the star rating programme will become mandatory from January 2023. However, CEAT Tyres has proactively begun complying with the certification process, a company press release stated.