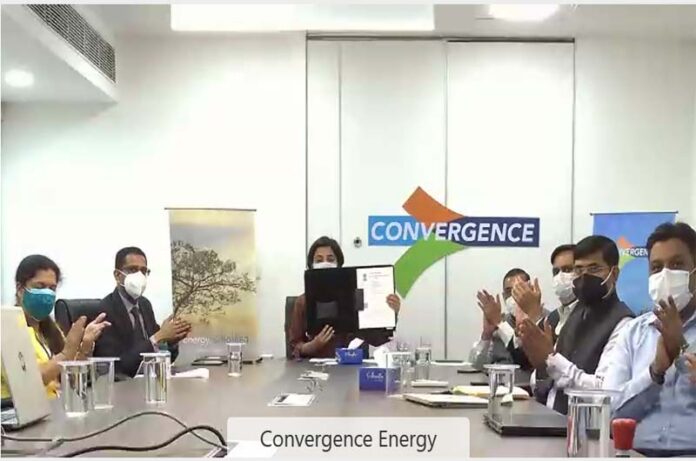 The Convergence Energy Services Limited (CESL), a subsidiary of the state-owned Energy Efficiency Services Limited, forged key partnerships on World Environment Day in an effort to further the deployment of electric vehicles in the country.

Agreements and MoUs have were signed with state governments of Goa, and Kerala to procure over 30,000 two- and three-wheelers, said a press release.

Under the agreements, CESL will also invest in establishing the electric vehicle charging infrastructure and monitor the use of the assets. This customer-oriented approach is designed to deliver good ease-of-use and better accessibility, added the release.

Mr Nilesh Cabral, Minister of Power, Environment, New and Renewable Energy, Government of Goa, said, “Availability of two-wheeler EVs and its associated infrastructure can garner widespread demand and popularity, especially in a state like Goa. We are happy to partner with CESL and looking forward to escalate the progress in making Goa a green state.”

Dr R. Harikumar, Director, Energy Management Centre, Govt. of Kerala, said, “Kerala has been actively pursuing greener policies and environment friendly programs. Adoption of Electric Mobility on mass scale will benefit the State both environmentally and financially. It is our pleasure to collaborate with CESL, and soon we hope to make EVs accessible, affordable and reliable for the masses.”

Additionally, CESL has entered into strategic relationships with Bharat Electronics Limited, TVS Motor Company, JBM Renewables and Fortum India. Under these agreements, CESL and the private companies will jointly undertake the expansion and adoption of EV ecosystem.

Ms. Mahua Acharya, MD & CEO, CESL, said, “Mass adoption of EVs is an important step towards achieving India’s green growth goals. I am very pleased to have reached this far working with states to deliver two-wheelers and three-wheelers alike.”