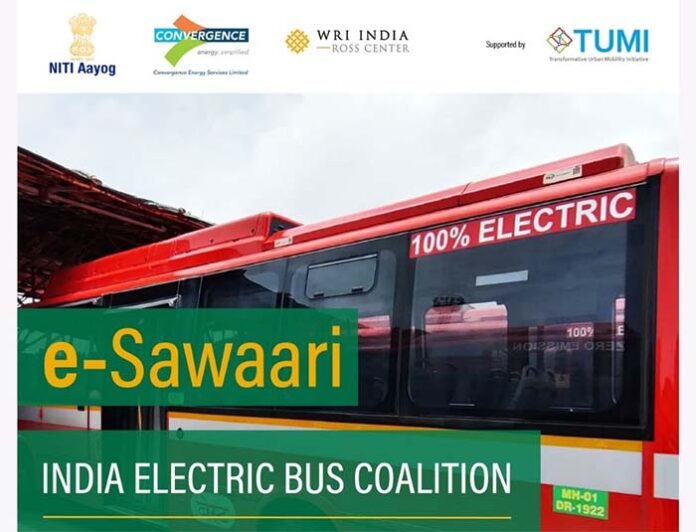 Commenting on the launch, NITI Aayog CEO Amitabh Kant said electrification of public transport especially in the bus sector is key to India’s decarbonisation strategy. “The e-Sawaari India Electric Bus Coalition is a step toward ensuring steady and paced electrification of the bus transport system in India,” he said in a statement.

Identifying innovative means to address the challenges of procurement, operations and financing e-bus deployment at scale is crucial to achieve net zero emissions, Kant added. The recent impetus from the Centre to aggregate e-bus demand from the nine largest Indian cities – under the ambit of the Faster Adoption and Manufacturing of Electric Vehicles in India (FAME) scheme, Phase – II, through the ongoing Grand Challenge for Deployment of eBuses – has encouraged more state government undertakings (STUs) to change their bus fleet to electric.

CESL CEO Mahua Acharya said it is imperative for multiple players to come into the electric bus ecosystem – be it financiers, banking partners, IT service providers or utility firms in addition to state transport undertaking and original equipment manufacturers. “An enabling ecosystem to access funding and financing of electric buses is the need of the hour for scaled-up adoption of electric buses,” she added.

Stating that to scale up e-bus adoption, there is a need to procurement, operational and financial challenges, WRI India CEO O P Agarwal said, “As a coalition, e-Sawaari will be able to facilitate discussions and identify innovative solutions to scale up e-bus adoption.” The e-Saawari India electric bus coalition aims to give a fresh impetus to India’s e-bus sector by bringing cities, private sector and financiers work jointly to address the sectoral challenges, TUMI E-Bus Mission Asia Co-ordinator Rohan Shailesh Modi said.