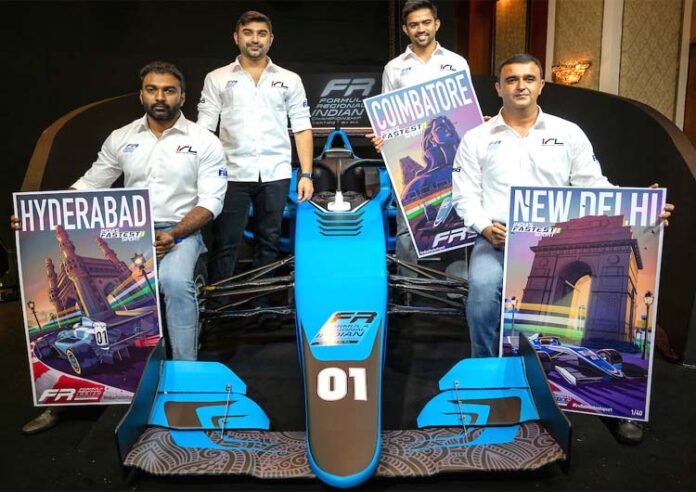 Hosted by Racing Promotions (RPPL), the championships will commence in February 2022, across four cities – New Delhi, Chennai, Coimbatore and Hyderabad.

An investment of 100 crore has already been made so far into cars and setting up street circuit infrastructure, which will India’s first-ever FIA Graded Street Circuit in Hyderabad. In addition to Armaan Ebrahim and Aditya Patel, former Formula 1 driver Narain Karthikeyan and cricket legend Kapil Dev have come on board as mentors and advisors for the business, added the release.

Mr Akhilesh Reddy, Chairman, Racing Promotions , said, “Monaco being a sovereign city-state has produced F1 drivers, and we as a country of a billion-plus now have the platform to give aspiring racing drivers the opportunity to compete with the best in the world and potentially a stepping stone to the apex of motorsports which is F1”

Mr Navjeet Gadoke, Vice-Chairman and MD, RPPL added: “Our investment will revolutionise Indian motorsports, and the objective is to build a world-class, holistic ecosystem for motorsports which will become a force to reckon with, not just for this sport, but Indian sports in general.”